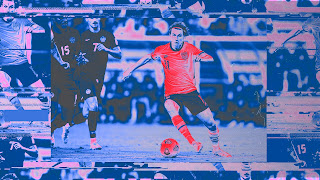 The Dan James transfer saga played out like a Greek tragedy on Amazon Prime. A teary Victor Orta is seen hugging the diminutive winger tight to his chest. The young lad was already photographed holding the shirt, a transfer fee was agreed and medical completed. Then, in a digital world where information and communication is instant, the phones at the Swansea end rang unanswered. Leeds called and called to no avail. Picture Huw Jenkins, the Swansea chair, seeing the caller ID on his phone, ignoring it with a smirk, resolute in his desire not to weaken the Swans. He would be the archetypal villain in the future retelling of this story.

The hands on the clock crept closer to the transfer deadline as a pervasive sense of helplessness crept into everyone involved.

“I threw my phone,” James later told ex-teammate Kenji Gorre, on his podcast, about the moment he learned the move had fallen through. A four-year contract on the table. A medical completed. Interviews and photos done. The PR machine ready to launch, fatally wounded by something so simple as a single decision-maker getting cold feet and refusing to comply.

Pixar’s Inside Out would define this as a core memory for Leeds fans. Not unlike the ‘Don’t go to bed just yet’ tweet has become part of the club’s transfer identity. Moments this significant (and disappointing) typify what we expect of transfer windows. We may turn them into memes and chuckle at the absurdity, but that’s to hide the pain we all pretend isn’t real. It sometimes feels like we’re doomed to repeat the Dan James incident, that plot-line is destined to play out every January like some Yorkshire version of Groundhog Day.

Leeds have been pursuing Brenden Aaronson quite intently this window, with the USA international keen on the move but neither him nor his club pushing for any urgent activity. Salzburg have maintained the stance that they wish to keep him until the summer and the player has wisely refrained from commenting much. Rather than pivot to other targets, Leeds seem determined to see this one through, now or in August.

What this doesn’t really address is the anxious need for reinforcement this season. With Newcastle approaching the window like Supermarket Sweep and Watford trying to generate an upward bounce with a tried-and-tested new manager, standing still feels like a risky strategy. With Leeds heavily depleting the Under-23s to have something that looks like a first team, and by-proxy condemning the U23s to their own relegation battle, an injury-ridden side that was thin to begin with now looks like a single layer of filo pastry.

It seems unlikely that our luck is going to turn, given we’re comfortably over the half-way point this season and have struggled with injuries the entire time. It would be surprising if every player returned to fitness without setbacks and we finished the campaign without further injuries. Therefore the opinion of many fans is that some fresh blood wouldn’t be a bad idea, especially in midfield where we’ve struggled to control games.

It’s difficult to point to this situation being predictable, as even the most pessimistic people couldn’t have foreseen all five centre-forward options being injured at the same time, though you could have argued that relying on Tyler Roberts (who hasn’t impressed many yet) or Joe Gelhardt (unproven at this level) as the main alternatives to Patrick Bamford was a risk. I don’t recall seeing anyone suggest planning for a scenario where all non-Bamford options get injured at the same time as Bamford himself. We did, however, have a niggling concern before this season that midfield needed work.

The suggestion now is that Leeds are entirely committed to securing Brenden Aaronson, to the extent that if Salzburg hold firm we’ll seek to conclude the deal in summer and sign no-one this window. Perhaps that speaks to the confidence Marcelo Bielsa and Victor Orta have in the current squad and whatever information Rob Price can offer about the prognosis of our sizable injured roster. Indeed, it seems to only be the fans who are stressed about not folding more established talent into the first team from elsewhere.

This certainly isn’t bad news for the likes of Leo Hjelde, Lewis Bate and Sam Greenwood, who have had their first-team status fast-tracked due to the depleted ranks above them. It may simply be that, given the club’s sole objective is avoiding relegation, blooding the stars of tomorrow in the process is a win-win. But the clear concern is whether what we have is good enough to keep our heads above the fight to survive going on beneath us.

It seems surprising that Leeds haven’t changed tack with transfers considering the awful events surrounding James’ journey to joining the club. Ignoring the fact it cost us magnitudes more to buy him in the end, it feels like by moving late in the window we risk disappointment as a result. In Bielsa we trust, but without reinforcements, we’ve no other choice.