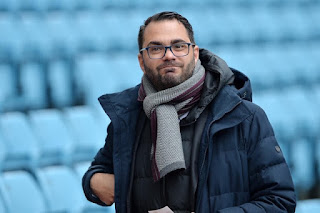 When Newcastle United’s new decision makers first sat down to discuss candidates for their director of football vacancy, Victor Orta’s name came up.

There is no doubt that it did, because his name would and should come up in any conversation at almost any English club in need of a director of football.

The Spaniard’s raucous directors’ box antics might be a little rich for the tastebuds of some in the top flight, but as Marcelo Bielsa says, Orta’s work speaks for itself.

His successes – the signings of Raphinha, Illan Meslier and Pascal Struijk to name but a few, the capture and retention of Bielsa and the Whites’ promotion to the Premier League – speak louder than his failures.

Orta carries recruitment mistakes he made in his first year as a scar but knows that no-one in football recruitment will ever boast a 100 per cent success rate.

He also knows that he cannot rest on past glories and the evaluation of his work by supporters is a very fluid phenomenon.

The summer 2020 transfer window was initially deemed a roaring success and held up well enough to scrutiny as Leeds stormed to the Premier League top half and Raphinha blitzed the division, but a measure of revisionism crept in with regards to Diego Llorente and Robin Koch when the pair took their first season injury problems into the first half of this campaign.

When they’re fit and contributing, however, public opinion swings quickly back in Orta’s favour.

The lack of midfield reinforcements in the summer 2021 transfer window is still a bone of contention for many, although the director of football is presently hard at work trying to strengthen that area before this month’s deadline, with his pursuit of Brenden Aaronson.

His recruitment philosophy is to identify players his head coach can and will use, players the owners can afford and men who will fit in at Leeds.

If Bielsa’s selections are anything to go by, Orta is succeeding.

His major signings are all playing, when fit, and so are some of those he brought in with the hope that they would one day grace the first team.

Players like Meslier, Raphinha and Koch appear to ‘get’ Leeds and are as popular with team-mates as they are the fans.

Even Junior Firpo and Rodrigo, on whom the jury is still deliberating, find favour with Bielsa.

They find patience too because he believes they were the right men for the director of football to bring in.

When asked about his relationship with Orta and the worth of a good director of football, Bielsa in typical fashion, stuck to the facts.

“Moreover than my opinion, there’s evidence of the growth of Leeds United since Victor Orta has been here,” he said.

“Teams are produced through the individualities. In that sense, he has picked well. I think he’s found adequate players who adapt to the way of playing of Leeds.”

Bielsa appreciates a signing who appreciates in value and on that front he says the numbers stack up for Orta.

“The majority of them are young, and the players that have arrived here are usually worth more after they’ve been here,” he said.

“That means he’s picked players with a margin of growth, a potential to be better. He’s a person who knows the market very well with regard to young players and different countries.

"All of these things, you don’t need me to describe them because I’m describing things that you can see in reality.”

Today’s opponents Newcastle were taken over by the Saudi Arabian-led consortium in October but are still without a director of football.

Even if they set their sights on Orta in the way they did Chris Wood or Kieran Trippier, this is not a move he would make.

Orta is not for sale and those close to him at Leeds don’t believe he will work in England again when his time at Elland Road comes to an end.

Today’s game will be decided on the pitch, not in the directors’ box, no matter how hard Orta tries to get involved, but the short and long-term futures of both of these massive clubs will be impacted hugely by the men who recruit.

Getting it right has its obvious rewards, as Leeds have discovered, and the consequences of getting it wrong can be devastating.

You can and should credit Bielsa enormously for the league Leeds find themselves in, but had he not been given the right tools he could and, you suspect, would not have done the job.

Whoever Newcastle choose to appoint in the coming weeks, they will be hoping the successful candidate does not have to follow in Orta’s footsteps and mastermind recruitment for a promotion bid.

Today’s game and the performances of Orta’s signings could go some way to deciding that.