Showing posts from March, 2010
Show All
- March 30, 2010
leedsunited.com 29/3/10 FIRM FOUNDATION FOR FINAL EIGHT - BOSS Leeds United manager Simon Grayson said he was proud of his side's performance at Norwich on Saturday - but still left Carrow Road "gutted" after the league leaders stole a late, late winner. An 89th minute goal from Chris Martin condemned Grayson's men to an ill-deserved defeat as Norwich gained revenge for their late loss at Elland Road back in October. Defeat was a bitter pill to swallow - particularly after news that Millwall's 5-0 win against Stockport had pulled them level with Leeds - but the boss said he couldn't fault the performance of his players in East Anglia. "We stifled them, we passed it as we can do and we created half decent opportunities," he said. "We never looked like losing the game. That was their only opportunity. We didn't deserve that. "It was a good ball in and a good header, but we didn't deserve to lose. I know how Paul Lambert felt at Ellan
Read more
- March 28, 2010
New pages uploaded at mightyleeds.co.uk Season – 1913/14 – A team to be feared/Brink of glory Herbert Chapman's men quickly earn themselves a reputation as a team to watch, achieving the club's record victory. Despite a poor run in January, City push all the way in unsuccessful pursuit of promotion. Read the full story at http://www.mightyleeds.co.uk/seasons/191314.htm http://www.mightyleeds.co.uk/seasons/191314part2.htm http://www.mightyleeds.co.uk/pdf/season191314part3.pdf Telegraph 22/3/10 Leeds United 0 Millwall 2 : match report Read a match report of the League One clash between Leeds United and Millwall at Elland Road on By Rob Stewart at Elland Road Celebration: Millwall striker Steve Morison celebrates after opening the scoring at Elland Road Photo: PA Leeds United 's faltering promotion campaign suffered a potentially devastating setback as a harrowing defeat was compounded by an injury to centre-half Patrick Kisnorbo that has ruled the Australian out
Read more
- March 24, 2010 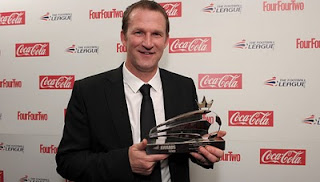 Beckford bags League One gong 442 Staff - Sunday 14 March 2010, 23:14 Leeds United striker Jermaine Beckford has been named the FourFourTwo League One Player of the Year for the second time in three seasons. The announcement was made at the 2010 Football League Awards incorporating FourFourTwo’s Top 50 Football League Players at Grosvenor House, Park Lane on Sunday March 14 in front of more than 850 attendees from clubs, sponsors and representatives of the football industry. The 26-year-old Elland Road hot-shot is ranked third in FourFourTwo’s Top 50 Football League Players list, making him the highest League One representative – 22 places above Norwich City’s Wes Hoolahan, the second-highest League One entrant. Southampton goal-machine Rickie Lambert – who finished third as a Bristol Rovers player in last year’s awards – picks up the bronze medal again. After netting 34 goals in all competitions in 2008/09, Beckford is on course to match that impressive feat this term, with the former
Read more
- March 06, 2010
Guardian 4/3/10 Leeds United's owners declared fit and proper but can remain anonymous David Conn Politicians from the three main parties and football supporters' groups have united in calling for the Football League to make public who owns its clubs after the league approved as "fit and proper" the offshore owners of Leeds United while keeping their identity private. The sports minister, Gerry Sutcliffe, said: "Fans of any football club have a right to know who the owners are. We want to see greater supporter representation in the running of football clubs and far greater accountability. The League should insist on clubs making public to their supporters who owns them." He was joined by the Conservative shadow sports minister, Hugh Robertson, who argued: "As with Parliament and many other areas of public life, transparency is going to be an increasing requirement and expectation. That includes publicly identifying the owners of football clubs. Footb
Read more
- March 06, 2010 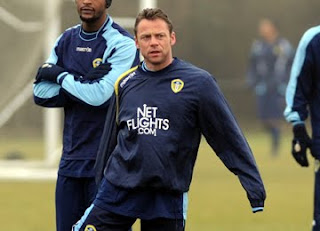 Leedsunited.com 3/3/10 DICKOV DEAL COMPLETE FOR UNITED Leeds United have signed striker Paul Dickov on a short-term contract until the end of the season. The 37-year-old former Scotland international will provide added experience as Simon Grayson 's looks to lead the club to promotion back to the Coca-Cola Championship. Dickov, a former Arsenal trainee who has made over 400 career appearances during spells with Man City, Blackburn, Leicester, and Derby County among others, had a short spell under Simon Grayson at Blackpool in 2008. Grayson said: "We're delighted to get things finalised and welcome Paul on board. "He has been training with us, we know all about him and what he will bring to the squad over the next few months. "He brings experience both on the pitch and in and around the dressing room, and he is a good short-term signing for the club." Paul will make his club debut in the reserves at Huddersfield Town on Wednesday (7pm). Paul has been alloc
Read more
More posts