Showing posts from February, 2010
Show All
- February 27, 2010
Leedsunited.com 27/2/10 UNITED DENIED DERBY WIN Gallant Leeds hit by Huddersfield leveller... HUDDERSFIELD 2 (Pilkington 14, Roberts 85), UNITED 2 (Howson 61, Naylor 66) United manager Simon Grayson made just one change to his starting line-up, Gary McSheffrey returning in place of Aidy White , as his side looked to record a first ever league win at the Galpharm Stadium. While Leeds were bolstered by a midweek win against Oldham, Huddersfield were unbeaten in 10 and Terriers manager Lee Clark named an unchanged side. Unsurprisingly, the game attracted the biggest crowd of the season to the Galpharm, and the opening exchanges were typical in that neither side was able to put a foot on the ball. It was Leeds who had first sight of goal after nine minutes, though, when Luciano Becchio was unable to keep his header down, following an Andrew Hughes cross. But it was Huddersfield who took the lead in the 14th minute in bizarre fashion. Anthony Pilkington picked up the ball outside of the
Read more
- February 06, 2010 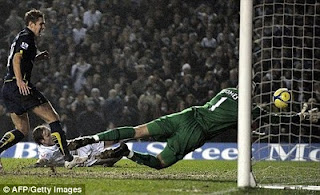 Telegraph 4/2/10 Robert Snodgrass can lead Leeds United to promised land There is a perverse pleasure taken by Leeds fans in the anonymity granted by their fall from grace and glory to destitution and despair. By Rory Smith It is a survival mechanism, denying rivals the opportunity to remind them of their travails by pre-empting the jibe. Leeds United , for six long years, have claimed they are not famous any more. Time for a new edition of the song-book. It may have taken the unlikeliest of FA Cup adventures to bring Leeds back to public consciousness, victory at Old Trafford and sheer, dogged bloody-mindedness dragging Simon Grayson’s side to a last-gasp, last-ditch draw at Tottenham Hotspur but Leeds are back indeed. In truth, they never went away. Elland Road is home to the sort of enduring fame which never truly ebbs, never fades. It is there in the stands, where the fans, deafening, snarling and broiling, took less than 15 minutes to wrap scarves around fists, three sides of t
Read more
- February 02, 2010 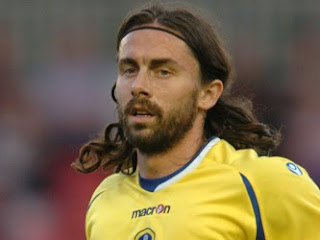 Leedsunited.com 2/2/10 AN OPEN LETTER FROM PRUTTS: FAREWELL FRIENDS... Dear All, It's been one of the privileges of my life so far to have played for such a world renowned, highly respected football club. The friendships I have made, the memories I hold dear and the sheer pleasure of being a Leeds player will stay with me for a long time. Leeds United gets under your skin (as I'm sure all you avid fans know) and there will be a part of me that will always be Leeds. I am proud to have played a part in bridging the gap between an uncertain past and a no doubt glorious future. Leeds fans are loud, loyal and passionate. Make no mistake, you are the lifeblood of the club and forever will be. You were always fantastic to me and I hold that in my heart as I move on. Thanks for everything, David Prutton (aka Prutts, aka 'Jesus')
Read more
- February 01, 2010 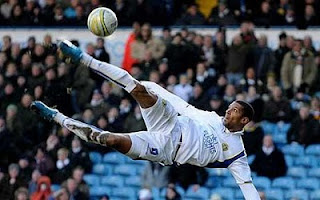 Leedsunited.com 1/2/10 PRUTTS FREE TO MOVE ON Midfielder David Prutton 's Leeds United contract has been cancelled by mutual consent. The 29-year-old joined Colchester United on loan last week and is now free to sign a permanent contract with the Us. Prutts scored four goals in 76 appearances for the club after joining the club during the turbulent summer of 2007. He was a regular during the tenure of Dennis Wise, but has found opportunities limited during the past 12 months and has started only two league games since Simon Grayson took over from Gary McAllister in December 2008. Prutts' last appearance came against Accrington Stanley in the Johnstone's Paint Trophy in December and he has been an unused substitute on three occasions since, most recently at Tottenham in the FA Cup fourth round. The United manager said: "Prutts has found opportunities limited and hopefully he will now be able to play regular football. "He is a great character and it goes without sa
Read more
More posts