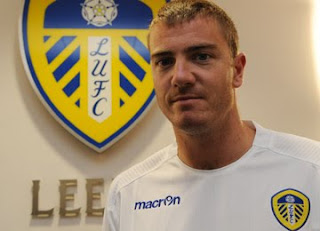 Yorkshire Evening Post 10/6/10 I have joined a huge club - Connolly By Leon Wobschall Paul Connolly insists he has left a big Championship club in Derby County for a monster one in Leeds United. The Scouse right-back, has become Simon Grayson's third recruit of the close season after penning a three-year deal with the Whites after leaving Pride Park on a free transfer. After much speculation, the 26-year-old former Plymouth Argyle defender put the finishing touches to his transfer yesterday and can't wait to get cracking in pre-season with his new club. Several other sides, including Yorkshire rivals Sheffield United, were interested in Connolly, who made his name as an ultra-consistent full-back at Argyle before heading to Derby in the summer of 2008. But once Leeds first revealed their hand, Connolly admits there was no contest. Connolly, who spent a brief loan spell at Bramall Lane late last season after being frozen out at Derby, told the YEP: "In my eyes, I've lef
Read more
- June 12, 2010 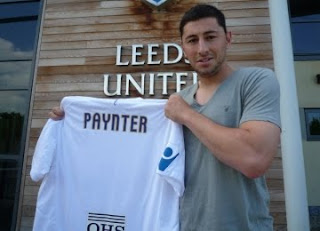 Leedsunited.com 3/6/10 BILLY'S RARIN' TO GO Stríker Billy Paynter had little hesitation in deciding to link up with Leeds United. "I enjoyed my time at Swindon but when Leeds come knocking at your door you don't turn them away," he said. The Liverpool born player, who will begin a three-year deal at Elland Road on July 1, scored 29 goals for Swindon Town last season, four of which were scored against Leeds. "Yes, I had two good games against Leeds last season but I'm just pleased that Leeds went up," he said. "As soon as I knew Leeds were interested in me I really wanted to come to the club. It's just a massive club. I have never seen a training ground like Thorp Arch and Elland Road is such a class stadium and to be part of this set up is a privilege." Paynter had his best season last term as Swindon reached the play-off final. "It was a good season for me and hopefully I can continue to get goals and help Leeds along the way. To
Read more
- June 02, 2010 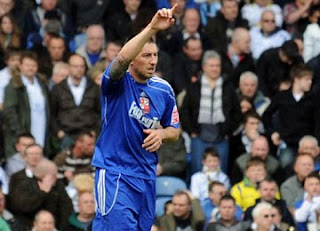 Leedsunited.com 2/6/10 BILLY’S THE BOY Swindon Town striker Billy Paynter will join Leeds United on July 1. The 26-year-old, who fired Swindon to the League One play off final last season, was one of the most prolific marksmen in League One having netted 29 goals last season, four of them coming against ourselves. Paynter's arrival at Elland Road will add further strength to the firepower at Simon Grayson 's disposal and the manager was delighted to complete the signing of the player on a three-year contract. The boss said: "He proved his worth last season, scoring four goals against us in two games. He has matured as a player over the last couple of years and he had a fantastic season last season. "He works ever so hard, holds the ball up well and he has proved he knows where the back of the net is.When we knew he was available we were desperate to get him. We feel he will be a good acquisition for the club and I am delighted to have got him," he added. But the
Read more
- June 01, 2010
New pages uploaded at mightyleeds.co.uk Matches – 22/9/71 – Barcelona 2 Leeds United 1 United, holders of the Fairs Cup, were pitched against Barcelona, the first winners of the trophy, in a sudden death play off for the right to retain the trophy for all time Read the full story at http://www.mightyleeds.co.uk/matches/197109022.htm Matches – 1/9/71 – Leeds United 5 Newcastle United 1 United, exiled from Elland Road for four games, bounce back to form to hammer Newcastle, Supermac, Terry Hibbitt and all, by five goals to one at Hillsborough Read the full story at http://www.mightyleeds.co.uk/matches/19710901.htm Plus thumbnail biographies of Leeds City players George Ackerley (inside-left) 1910-11 http://www.mightyleeds.co.uk/players/ackerley.htm Jack Allan (right-half) 1912-13 http://www.mightyleeds.co.uk/players/allanj.htm Tommy Astill (inside-left) 1908-11 http://www.mightyleeds.co.uk/players/astill.htm William Bates (right-back) 1907-09 http://www.mightyleeds.co
Read more
More posts