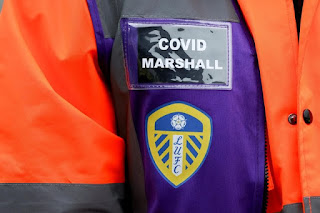 Leeds United and their fellow Premier League clubs must now have a minimum of four Covid-19 cases within their squad to request a postponement, under new guidance agreed today.

The Premier League has revealed the change after arguments broke out across the division with regards to the rules around postponements and Covid-19 cases.

Leeds themselves had to request the postponement of two games over the festive period, with their fixtures against Liverpool and Aston Villa yet to be rescheduled. The North London derby fell victim to the previous rule with Arsenal being granted a postponement despite having only one positive case within their squad. Tottenham released a statement expressing their surprise that the request was approved and claiming the league was now seeing 'unintended consequences' of the rule.

Saturday February 5 will see the new guidance come into effect, when Burnley, the side hit hardest by postponements, are due to face Watford.

A statement from the league said: "Following a club meeting today, the Premier League's COVID-19 match postponement guidance has been updated to include a COVID-19 impact threshold.

"From now on, if a club applies to postpone a match on the grounds of insufficient players due to COVID-19, they must have a minimum of four positive cases within their squad.

The state of play for Leeds United and the January transfer window.https://t.co/X4ifM41jDX#lufc

"The League's postponement rules and guidance are designed to protect the wellbeing of players and staff, while maintaining the sporting integrity of the competition and the quality of squads playing League matches."

Applications for postponements will still be assessed on a case-by-case basis by the Premier League board and a number of factors will be considered, including the ability of a club to field a team; the status, severity and potential impact of COVID-19; and the ability of the players to safely prepare for and play the match.

The Premier League's Covid-19 emergency measures will also now be reviewed weekly with the aim of being able to ditch them by February 28.