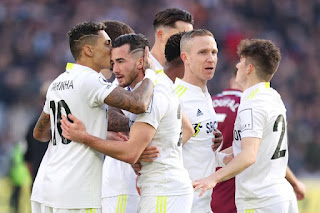 Jack Harrison insists that unity and togetherness have played a key role in the success of Marcelo Bielsa's Leeds United team since the Argentine took over as head coach in June 2018.

The Whites boss made an astonishing first impression on Leeds fans when a packed-out Elland Road was stunned by the home side's opening-day win over Stoke City in August 2018.

His first game in charge only hinted toward the remarkable transformation Bielsa would go on to bring about at Leeds, an influence that changed the course of the club's history by sealing United's return to the Premier League after 16 years of exile in the summer of 2020.

Bielsa's methods have been subject to much intrigue and scrutiny since his side arrived back in the top-flight last season but, according to Harrison, the success of his ideas depends to some extent on the temperament and unity of the players who have been asked to implement them.

"It's a great group of lads - there are no big egos on the team," Harrison said.

"Everyone is on the same page and willing to work hard for one another.

"We all work under the same methodology with Marcelo.

"I think that's why it's turned out so well the last few years - because everyone is on the same page.

"They didn't make the most of it at all." #lufc https://t.co/p4MxlTXNkp

"There are no egos going to go out and go solo.

"Everyone works for each other."

Amid a difficult season in which the Whites have struggled to find form, Marcelo Bielsa has broken a Premier League record by handing debuts to eight teenagers, more than any other team in a single campaign. 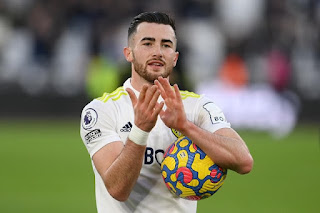 Harrison gave due credit to the senior players who have played a crucial part in keeping spirits up and making the youngsters feel welcome.

"Everyone has their own different leadership qualities," Harrison told the Leeds United programme.

"Liam Cooper, Luke Ayling, Stuart Dallas and Kalvin Phillips - all these players who have been here for a long time and been a part of the club and seen it grow from where it was to where it is now.

"They all offer something different."