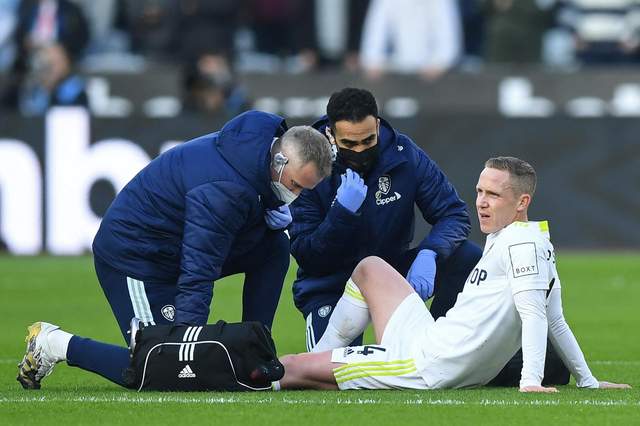 Leeds United midfielder Adam Forshaw has said that other forms of exercise gave him clarity while injury prevented him from playing football. By Flora Snelson Forshaw sat out the entirety of Whites' stunning maiden top-flight season with a hip injury that threatened to end his playing career altogether, so it was a huge relief for him to get back on the pitch and make 22 Premier League appearances this campaign. But last month, Forshaw counted himself out of United's relegation run-in as he was side-lined once more with a fractured kneecap suffered during a training session. No stranger to the treatment room, the 30-year-old described the effect of injury and his own key to coping with it. "I had times where, from a sports point of view, I was really down and didn't know where to turn to," Forshaw said. "At times I've thought I might have to retire, which is taking everything away from me in terms of what I've dreamed of doing as a kid.
Read more 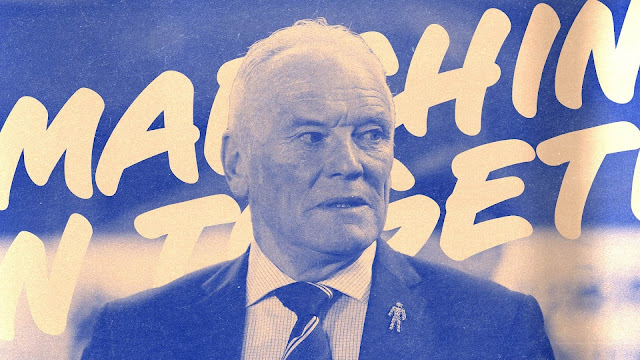 BEEN HERE BEFORE Written by: Rob Conlon If there’s one person who can keep a healthy perspective on Leeds United’s 2021/22 season, it’s Eddie Gray. The weekend marked two anniversaries with very different vibes for Gray at Leeds. He was among the heroes of 1972 parading the pitch pre-match, celebrating fifty years since the club’s only FA Cup win, now immortalised by plaques outside the East Stand designed by Paul Trevillion (and, cough cough, a special issue of The Square Ball). But Sunday’s draw was played forty years on from a fixture involving eerily familiar circumstances: Brighton visiting Elland Road, the penultimate game of the season, Leeds facing the all too real prospect of relegation. Gray was wearing the number 7 shirt that day against Brighton in 1982, 34 years old, the glory years he spent under Don Revie consigned to a different era. Just like on Sunday, Brighton were winning 1-0 at half-time, and going into the final ten minutes Leeds were looking doomed. Allan
Read more 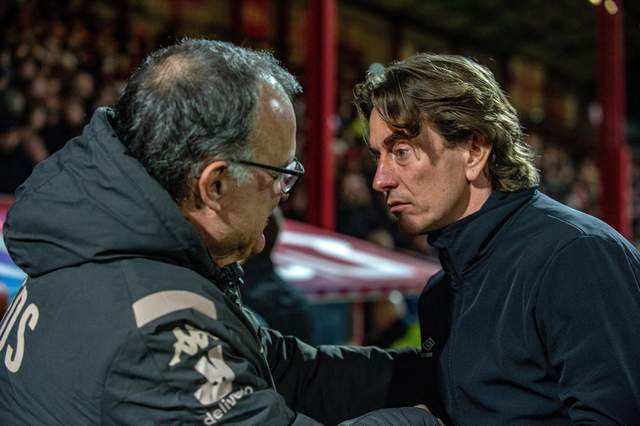 Brentford will hold nothing back in their 'cup final' against Leeds United in the last game of the Premier League season. By Flora Snelson That's the message Bees boss Thomas Frank gave after his side's victory over relegation-threatened Everton left the fight for survival wide open. Pascal Struijk's late equaliser for Leeds against Brighton and Hove Albion ensured that the relegation battle will go to the very last day - midweek results for Everton, at home to Crystal Palace, and Burnley, who visit Aston Villa, will not be enough to send United down, meaning Leeds' top flight status will be hanging in the balance when they travel to the Brentford Community Stadium on Sunday - a fact which is not lost on Frank. This season, Elland Road has felt like a sinking ship, with Marcelo Bielsa's historic promotion-winning team disintegrating into mediocrity and possibly taking their hard-fought top-flight status down with them, while Frank's newly-promote
Read more 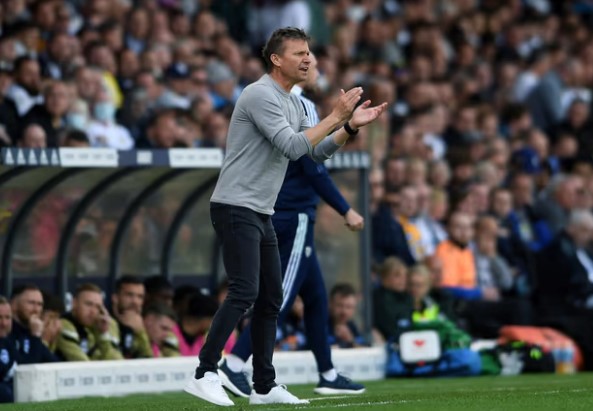 Leeds United need help to stay up but will go to Brentford ready to help themselves, Jesse Marsch has vowed. By Graham Smyth The head coach says all the Whites’ energy and focus will go into the planning and execution of ‘whatever it takes’ to get the result needed. But it won’t be until late on Thursday night that the exact requirements become at least a little clearer. Leeds’ 1-1 draw with Brighton took them out of the drop zone, a point clear of Burnley who play Aston Villa away from home on Thursday, and a point behind Everton who take on Crystal Palace at the same time. That point rescued late on at Elland Road on Sunday has ensured that Leeds cannot be relegated until the final day of the season, on Sunday, although they will still need results elsewhere to go their way “We’re alive now regardless for the last day,” said Marsch. “We have to fight for every point and any point gets us a little bit closer and shifts a little bit of the momentum. We know Burnley has a matc
Read more 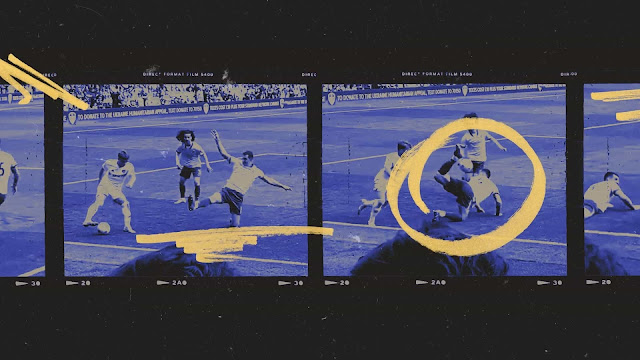 LEWIS DRUNK AMIRITE! Written by: Rob Conlon When Graham Potter sits his Brighton players down at their training ground and starts showing them clips of what they did well and what they did badly against Leeds, what will he say to Lewis Dunk? Potter might be better off letting Dunk skip the session to save his captain the embarrassment. After all those videos of incisive attacks in the first half and Robert Sanchez’s fine goalkeeping in the second, what constructive feedback can Potter possibly say to Dunk as the rest of the squad are stifling their giggles, watching their leader failing to stop Joffy Gelhardt creating Pascal Struijk’s equaliser, looking like a drunk trying to teach himself capoeira? Perhaps the only reassurance Potter can give Dunk is that he isn’t the first and won’t be the last defender bewitched by the sorcery in Joffy’s boots. It feels so long since Gelhardt was making his Elland Road debut by making Wolves’ defence look like Bobby Robson’s England against
Read more 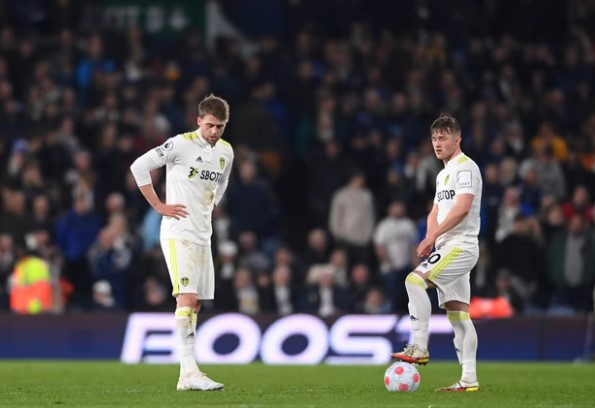 Leeds United attacking duo Joe Gelhardt and Patrick Bamford have never started a fixture together By Joe Donnohue Leeds United's Premier League status hangs in the balance despite a stoppage time equaliser from Pascal Struijk last weekend. The Whites salvaged what could prove to be a valuable point at home to Brighton and Hove Albion as the Dutch defender connected with 20-year-old Joe Gelhardt's chipped cross to the back post. Relegation rivals Everton and Burnley both have a game in hand on United, meaning Leeds could slip back into the bottom three before Sunday afternoon's fixture versus Brentford. Regardless, a win on the final day in west London would give Leeds their best chance of survival, even if teams around them pick up points in the interim period. Supporters were dazzled by Gelhardt's assist for Struijk in the 1-1 draw against the Seagulls. Clips of the youngster cleverly negotiating his way past Lewis Dunk's outstretched leg have been sh
Read more 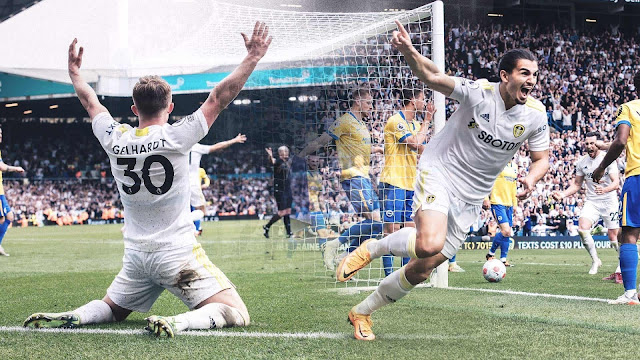 CONFIDENCE & INDEPENDENCE Written by: Moxcowhite • Daniel Chapman Somewhere under, beneath the burden of the sweat drenched polyester straitjacket also known as Leeds United’s 21/22 home shirt, there is still something resembling what we remember of our football team that we love. It’s hard to argue that the players, who all collapsed to the ground at the final whistle, did not give everything they could to getting a vital point against Brighton. It’s tough to tell them, as they struggle to their feet, that it still isn’t enough. Even if they’d won, we would still be needing more from them next Sunday. And people thought murderball was hard. One strategy now might be making appeals to the Premier League to only play stoppage time at Brentford. Pick a random number between one and ten to decide the number of minutes. Draw the starting scoreline out of a hat. And when the clocks in Burnley’s game against Newcastle and Everton’s at Arsenal hit ninety minutes, Leeds can kick-off
Read more
More posts