Showing posts from July, 2011
Show All
- July 25, 2011
leedsunited.com 25/7/11 Lonergan joins United Leeds United have signed Preston North End goalkeeper Andy Lonergan for an undisclosed fee. The 27-year-old signed a three-year deal at Thorp Arch on Monday afternoon as he completed the formalities of his move across the Pennines. A former England under-21 international, Lonergan was Preston's player of the year in 2009/10 and is a proven consistent performance, having made 147 consecutive starts for his hometown club. He has made almost 250 career appearances, the majority coming for Preston with only a handful of appearances being made elsewhere on short-term loans earlier in his career. The Preston-born goalkeeper was attracting interest from Everton, and United manager Simon Grayson was delighted to complete the signing of his long-time target. "This is something that has been ongoing for a while and some deals take longer to be concluded than others," said the boss. "Contrary to the speculation we weren't chasi
Read more
- July 25, 2011 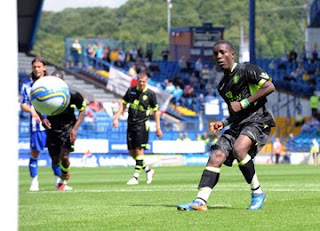 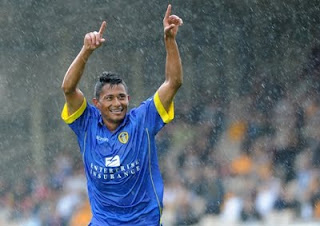 Yorkshire Evening Post 22/7/11 Nunez fights for first team place INTERVIEW By Phil Hay Leeds United have a recent tradition of finding gems in obscure locations. Jermaine Beckford and Davide Somma created a trend which Ramon Nunez, the Honduran international, plans to follow at Elland Road. He might have been on the periphery of United’s squad last season but, at Leeds of all clubs, he should not need to be told about the virtue of patience. Beckford took a year-and-a-half to make a telling impression and Somma’s league debut came after 12 months of doubt and a loan at Lincoln City. The lesson seems clear enough. Nunez’s situation is more akin to Somma’s than it is to Beckford’s. At the beginning of May, before Leeds took up the option to extend his contract by a further year, it was not entirely clear whether Nunez’s career in West Yorkshire had anywhere left to run. His appearances for Leeds numbered two and his time on the field totalled 42 minutes until he was loaned to Scunthorpe
Read more
- July 17, 2011 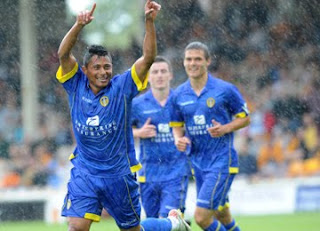 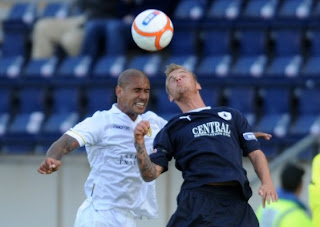 Yorkshire Evening Post 14/7/11 Falkirk v Leeds United: Lively Whites get off to a solid start By Phil Hay Drawing entertainment from the earliest pre-season friendlies requires imagination on the part of the spectators in attendance. A small number passed the opening 90 seconds of last night’s game between Leeds United and Falkirk by aiming insults at an absent Alan Smith. The midfielder is persona non grata among an undefined number of United’s supporters but, on the evidence of the club’s first appearance of the summer, Leeds cannot afford to be so choosy. Their manager, Simon Grayson, might argue otherwise but the honest view of his resources in Falkirk was that he is a handful of players short of a convincing Championship team and a further handful short of a fully-loaded squad. It should not come as a newsflash to the thousands in Leeds who have followed the close-season with a degree of nervousness. Whether Smith will be part of the answer to many quiet prayers is, as yet, unco
Read more
- July 14, 2011
Guardian 11/7/11 The Earl of Harewood obituary Grandson of George V whose work with English National Opera helped transform British attitudes George Lascelles, the seventh Earl of Harewood, who has died aged 88, was unusual for a member of the royal family in deserving a substantial obituary on account of what he did rather than who he was. His overriding concern was to help transform British people's attitude to opera, most notably through his work as managing director of Sadler's Wells Opera (1972-85), via its change of name in 1974 to English National Opera (ENO) and then as chairman (1986-95). The company, built up by Lilian Baylis during the 1930s, had moved from the Sadler's Wells theatre in north London to the larger and more central London Coliseum in 1968, and the new title he obtained for it further enhanced its status. His previous experience had been at the Royal Opera House, Covent Garden, first as a member of the board (1951-53, and again 1969-72), then as c
Read more
- July 14, 2011

leedsunited.com 11/7/11 SADNESS AT PASSING OF OUR PRESIDENT It is with deep sadness that Leeds United learnt of the passing our long-serving club president Lord Harewood on Mond ay morning. George Henry Hubert Lascelles, the 7th Earl of Harewood, first cousin to Queen Elizabeth II, passed away at the age of 88. Lord Harewood was due to celebrate his 50th anniversary as club president later this year and a surprise celebration party was being organised for September when many former players, managers, and fans were due to be invited. Lord Harewood became president of the club in 1961 and he, along with his wife Patricia, were regulars at Elland Road. A former Prisoner of War, his loves were football and Leeds United, and he had a passion for opera. During his involvement with Leeds United, he has witnessed both the highs and lows over the past 50 years and in the words of the club's anthem Marching On Together he was there throughout the ups and downs. He was also a f
Read more
- July 14, 2011
Yorkshire Post 11/7/11 Leeds United sign former Sheffield United man Brown as Woodgate joins Stoke By Ian Appleyard LEEDS United have signed former Sheffield United midfielder Michael Brown following his release by Portsmouth. But Leeds have lost out to Stoke City to the free transfer signing of central defender Jonathan Woodgate. Brown, now 34, has signed a one year deal and is set to make his debut in tomorrow night’s friendly against Falkirk. Manager Simon Grayson said: “We’re delighted to finalise things with Michael. He is a player that I have long been interested in and I’m glad we’ve been able to sort things out for him to come here. He has experience and know-how, and he has played at the highest level. He fits the bill in terms of the quality of player I was looking to bring in and he will be a great addition to the squad. He met up with the lads when we arrived in Scotland and we’ve been able to conclude things quickly so he can start training with us here.” Woodgate joins t
Read more
- July 14, 2011

2011/12 kit announced 7/7/11 Bucking the trend of the previous couple of years, when they had unveiled their new kit in the final game of the previous campaign, United held back on launching their 2011/12 kit until 7 July. The previous day, club Head of Media, Paul Dews, announced that the club would be releasing news of arrangements shortly, but then photos of the new home shirt, as modelled by club captain Jonny Howson, started circling on Twitter and the truth was accidentally confirmed by Lloyd Sam on his personal Twitter account. The following day, the club's website carried the official news at the same time as the identity of the new sponsors was revealed. Leedsunited.com reported as follows: "The kit for 2011/12 is a retro style shirt in white fabric and is influenced by the 1991/92 championship winning season which the club is celebrating this season. The shirt features include the shiny fabric and distinctive royal and yellow tipping on the sleeve. The home kit
Read more
- July 02, 2011
Yorkshire Post 1/7/11 Norwich move for Leeds Utd’s Bradley Johnson NORWICH will sign Bradley Johnson, subject to the relevant paperwork being completed, after the midfielder’s contract with Leeds expired. Johnson had no hesitation in signing on to Paul Lambert’s Carrow Road revolution. The 24-year-old is set to become Lambert’s fifth new addition of the summer as the Canaries boss bolsters his squad which secured successive promotions back into England’s top tier for the first time since 2005. With strikers James Vaughan and Steve Morison, winger Elliott Bennett from Brighton and young Belgian defender Ritchie de Laet on loan from Manchester United already on board, Johnson, who was out of contract at Leeds, admits it was an easy decision to head to Norfolk. “Paul Lambert has done a fantastic job since he arrived at Norwich and that was one of the main factors in me signing with the club,” Johnson told the club’s official website. “I am over the moon really to get the chance to play i
Read more
- July 02, 2011
Yorkshire Evening Post 29/6/11 Whites linked with Real Madrid goalkeeper By Phil Hay Leeds United have added former Liverpool goalkeeper Jerzy Dudek to their list of viable options to replace departed first-choice Kasper Schmeichel. Dudek is the latest player to catch the interest of Simon Grayson as United’s manager considers how best to follow up the controversial sale of Schmeichel to Leicester City. Schmeichel’s move to the Walkers Stadium – a deal which Grayson said was negotiated at his instigation – left the goalkeeping jersey at Elland Road vacant, and Dudek is among the group of alternatives being seriously considered by Leeds. The Pole is a fringe member of the squad at Real Madrid but plans to leave the Bernabeu this summer with no prospect of regular first-team appearances for the Spanish club. Dudek has entered the twilight of his career and turned 38 in March but he is thought to have received contact from Aston Villa since the end of last season. Grayson has also identi
Read more
More posts