Showing posts from September, 2010
Show All
- September 25, 2010
leedsunited.com 25/9/10 JOHNSON SEALS UNITED WIN LEEDS UNITED 1 (Johnson 84), SHEFFIELD UNITED 0 Simon Grayson handed new loan signing George McCartney his debut, while Lloyd Sam and Luciano Becchio were also recalled to the starting line-up for a game that attracted the biggest Football League crowd of the season. It was quite a frenetic opening to proceedings, Sheffield United having a couple of early free-kicks blocked. Max Gradel also sent a free-kick wide, although TV pictures suggested referee Anthony Taylor could have awarded a penalty with Davide Somma being brought down right on the line. Leeds were making the early running and a great cross from Gradel almost picked out Sam at the far post. The opening 20 minutes were played at a fast pace, but both sides saw quick moves break down in the opposite third of the field. The ball was going from penalty box to penalty box but it was Leeds who looked to play the better stuff and were the biggest threat. Shortly before the hal
Read more
- September 25, 2010 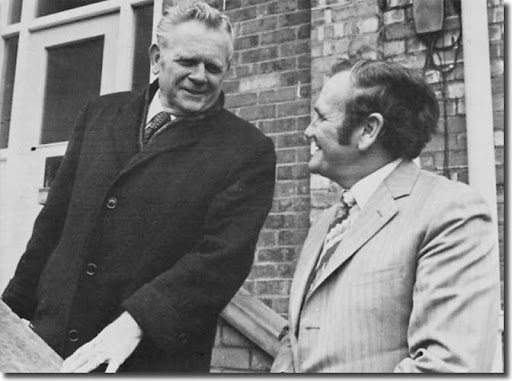 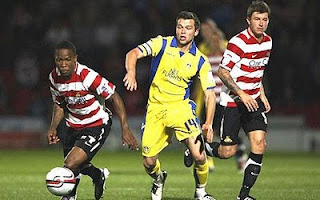 Telegraph 17/9/10 Doncaster Rovers 0 Leeds United 0: match report By Iain Percy Neil Sullivan, the Doncaster Rovers goalkeeper, will be 41 this season but produced an excellent performance on Friday night to frustrate a Leeds United manager only two months older than him. Sullivan was impressive as he denied Davide Somma and Max Gradel to preserve Rovers’ unbeaten home record and deny Leeds the opportunity to exact revenge for their defeat in the League One play-off final two years ago. Leeds had dominated the second half but the visitors found to their annoyance why the former Scotland international, Sullivan, is so highly rated at the Keepmoat Stadium. When Somma did finally beat him, he was denied by an offside flag. Leeds manager Simon Grayson said: “On another night Davide would have put a couple away but we’re delighted to have come away to a difficult place and got a point. “We’ve always had a response from the players when we’ve had a bad result and I thought we created some
Read more
- September 18, 2010
leedsunited.com 15/9/10 YOU LET THESE PEOPLE DOWN... Leeds United manager Simon Grayson told his players they had let themselves and the near 7,000 travelling fans down after Tuesday's 5-2 hiding at Barnsley. United were backed by what could be the biggest away support for a league game in this country this season, but after scoring an early goal, Grayson's men went on to slip to a 5-2 defeat at Oakwell. What frustrated the manager more than the margin of the defeat was the manner of the defeat and the late capitulation that saw Barnsley emerge runaway winners from a game that Leeds could have taken something from with 25 minutes remaining. "it was hugely disappointing," said the United boss. "We were on the wrong end of a 'doing.' "We'd started well enough, got early goal which gave us a platform and we looked comfortable in the first half. "But we didn't use the conditions as well as we could. We made some wrong decisions and that con
Read more
- September 18, 2010 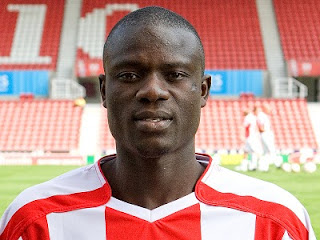 Yorkshire Evening Post 12/9/10 There'll be no holds barred from Faye By Phil Hay Simon Grayson believes Amdy Faye will bring necessary experience to Leeds United's midfield after joining the club on a short-term contract. The Senegalese international has landed an initial deal until January on the back of a short trial with United and an outing in their reserve-team fixture at Grimsby Town on Tuesday night. Leeds identified the out-of-contract 33-year-old as a possible answer to their lack of a recognised defensive midfielder, and negotiations over a deal were concluded on Thursday afternoon, ahead of yesterday's clash with Swansea City. His arrival brings to Elland Road a player with several international caps and extensive experience of English football after previous spells with Stoke City, Portsmouth, Newcastle United and Charlton Athletic. United do not lack midfield options but the majority of those players – such as Jonathan Howson, Neil Kilkenny and Bradley Johnson
Read more
- September 18, 2010
Daily Mail 12/9/10 Leeds 2 Swansea 1: Becchio blast sinks Swans as Grayson's side go fourth Leeds hit back with second-half goals from Bradley Johnson and Luciano Becchio to overturn a half-time deficit and secure their third npower Championship win of the season. Swansea, who have not won away from home in the league now in eight matches, went in at the break a goal up after Stephen Dobbie latched on to David Cotterill's long ball over the top to fire home in the 13th minute. But Leeds fought back in the second period and just about edged a keen contest at Elland Road thanks to Johnson's volleyed equaliser in the 56th minute and Becchio's cool finish eight minutes later. Simon Grayson's side are unbeaten in the league since losing at home to Derby on the opening day and have climbed to fourth place in the table. Leeds goalkeeper Shane Higgs made his first league appearance of the season due to Kasper Schmeichel's foot injury and Max Gradel replaced Lloyd Sam i
Read more
- September 18, 2010
leedsunited.com 11/9/10 UNITED MARCH TO SWANSEA VICTORY United manager Simon Grayson was forced into making one change to his starting line-up with Shane Higgs making his first start of the season in place of Kasper Schmeichel , who has sustained a foot injury. Blackburn Rovers goalkeeper Jason Brown joined on a hush-hush loan deal to take his place on the bench. Grayson had preached patience before the game, citing Swansea's style of possession football, but it was Leeds who started on the front foot and Luciano Becchio fired wide early on as United carved out the first chance. Neil Kilkenny also headed a Bradley Johnson cross over the top following more good build-up play. But United were behind on 13 minutes. Richard Naylor mis-judged a long ball forward and Stephen Dobbie capitalised to slide the ball across an advancing Higgs and into the far corner. And Higgs came to the rescue moments later when he denied Scott Sinclair after David Cotterill played a defence-splitting
Read more
- September 04, 2010
Yorkshire Evening Post 2/9/10 Grayson issues challenge to Honduran new boy Nunez By Leon Wobschall Simon Grayson has thrown down the gauntlet to Honduran livewire Ramon Nunez – as he aims to earn a long-term deal at Leeds United.The 24-year-old international attacking midfielder completed his move to Elland Road on a short-term contract until January in a beat-the-deadline move on Tuesday, having impressed boss Grayson and his coaching staff during a recent trial. Grayson decided to take a punt on Nunez, who turned down options in Mexico to try his hand in English football with United, following the impact he made in training and while the player is by no means the finished article, the Leeds boss feels he possesses the raw material needed to prosper in England. Grayson said: "The contract isn't anything long-term, but it's an option for us to get an extended look at him playing in a few more games with an option to extending it in January. "The lad came over on tria
Read more
More posts