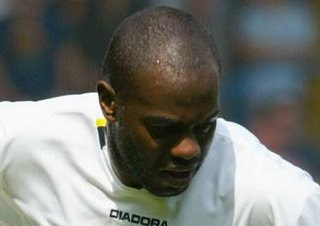 Southend land Leeds exile Ricketts Championship newcomers Southend have completed the free-transfer signing of former England striker Michael Ricketts from Leeds. The 27-year-old, who was capped once by Sven-Goran Eriksson against Holland in 2002, has signed a two-year deal at Roots Hall with the option for a further year. He spent last season on loan at Cardiff and Burnley and will replace Shaun Goater in the Shrimpers attack following the Bermudan's retirement this summer. Ricketts becomes manager Steve Tilson's second signing in a matter of hours following the capture of former Motherwell full-back Steven Hammell.
Read more
- June 25, 2006
Yorkshire Evening Post 24/6/06 Carver ponders future plans by Phil Hay Leeds United head coach John Carver will spend the weekend considering his future after entering the frame for the manager's job at Carlisle United. Carver is a serious contender for the vacancy at Brunton Park after Leeds granted Carlisle permission to hold talks with their highly-regarded coach, but he admitted yesterday he was "undecided" over the Cumbrians' interest. Carlisle, however, are looking for a quick appointment with their pre-season schedule due to start in eight days' time, and the position could be filled next week if the League Two champions' strategy goes to plan. Successive promotions – lifting Carlisle out of the Conference and into the third tier of English football – have transformed the club's reputation, and the opportunity to take control of a progressive side may encourage Carver to accept his first full managerial role. The 41-year-old, however, also appears t
Read more
- June 08, 2006 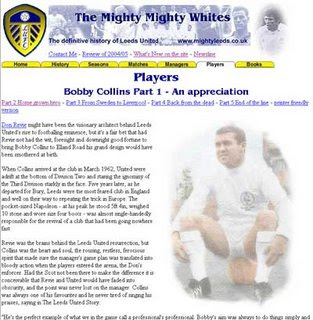