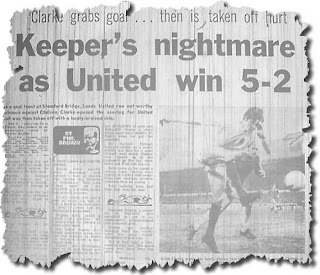 New pages uploaded at mightyleeds.co.uk Match – 10 January 1970 – Chelsea 2 Leeds United 5 The Whites tore championship rivals to pieces with a breathtaking display of attacking football in the first twenty minutes of the second half at Stamford Bridge Read the full story at http://www.mightyleeds.co.uk/matches/19700110.htm
Read more
- December 26, 2008
Leedsunited.com 26/12/08 A BRIGHT NEW START! Leeds United manager Simon Grayson was delighted to see his new charges end their five-game losing streak with a late equaliser against league leaders Leicester City at Elland Road on Boxing Day. Rob Snodgrass struck in stoppage time to with a deserved equaliser as United kicked off the Grayson era with a 1-1 draw against the promotion favourites. "I was pleased with the result in the end," said the new boss. "I felt if we'd have started like we finished we could have won the game. "I'm smiling because we got a point against the league leaders when it didn't look like we would get one. They are a good team. "We didn't have enough tempo to get at Leicester at times, but we dug in there. The players deserve credit for that "We know the players are a little bit down in confidence, but we showed great spirit and to score when we did will give them great belief. If it had gone on for another five or
Read more
- December 26, 2008
Yorkshire Evening Post 26/12/08 Grayson is the right choice By Phil Hay Though an unexpected selection for many in Leeds, former Leicester City captain Steve Walsh saw perfect sense in Simon Grayson's appointment at Elland Road. While several other names were championed, Aidy Boothroyd, Gustavo Poyet and Billy Davies among them, Walsh felt that Grayson's strength and the key to Leeds United's thinking was the League One play-off final victory on the 39-year-old's managerial record. Grayson won promotion in 2007 with Blackpool – the club he resigned from on Tuesday to become United's new manager – and took the Lancashire side to the level of English football where Leeds hope and expect to play next season. Walsh came to know Grayson well while the two men were team-mates and room-mates at Leicester between 1992 and 1997, but it is latter's track-record at Bloomfield Road rather than his Premier League past which Walsh feels has justified his selection by Leeds ch
Read more
- December 23, 2008
Leedsunited.com 23/12/08 SIMON SAYS... New United manager relishes the challenge.... New Leeds United manager Simon Grayson says he can't wait to get stuck into his new role. The former Blackpool manager was confirmed as the new United boss on Tuesday and is relishing the challenge. "When the opportunity came to come here I couldn't wait to be involved in as quickly as possible," he told LUTV. "It's a massive club and it's close to my heart, having played here and supporting the club. The size and the ambition is obviously an attraction as well. "I had a great time at Blackpool. I had a great rapport with the fans and the board. I certainly wouldn't have dropped down a division for any other club and I feel this is the next stage of my managerial career." Grayson arrives at Elland Road on the back of a successful stint as Blackpool boss. He guided the club to their highest league position for over 40 years after leading the Seasiders to Lea
Read more
- December 20, 2008
Yorkshire Evening Post 20/12/08 The cavalry is coming says Mac By Phil Hay Gary McAllister is confident that Leeds United will sign their key transfer targets next month after admitting the club's initial approaches have gone "beyond enquiries". The Elland Road manager has identified a number of possible recruits after conceding that his existing squad lacks the strength in certain positions to see Leeds through the rest of the League One season. McAllister will pay special attention to improving his vulnerable defence next month – the United boss made an early addition to his ranks by recruiting out-of-contract centre-back Mansour Assoumani on a month-long deal this week – and he is hoping to bring a quick conclusion to his dealings in the January transfer window. Leeds failed with an attempt to sign Wayne Brown on loan from Hull City last month, and the club's performances since have left McAllister in no doubt that new defenders are needed to keep United in content
Read more
- December 07, 2008 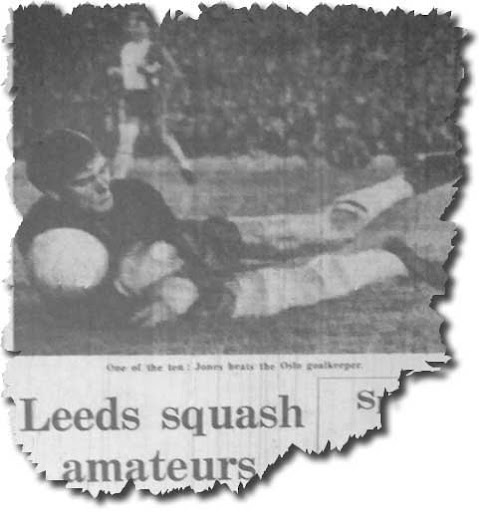 New pages uploaded at mightyleeds.co.uk At a time when life doesn’t feel good ... comfort yourself with stories of better times Matches 2 August 1969 – Leeds United 2 Manchester City 1 The curtain raiser to the 1969/70 season pitched United against Cup holders Manchester City - the trophy wasn't the most highly prized but Leeds now had a thirst for silverware Read the full story at http://www.mightyleeds.co.uk/matches/19690802.htm 17 September 1969 – Leeds United 10 Lyn Oslo 0 Finally United had a shot at the biggest prize of all, and didn't they take advantage of a woefully outclassed amateur team from Norway as they set a club scoring record Read the full story at http://www.mightyleeds.co.uk/matches/19690917.htm
Read more
More posts