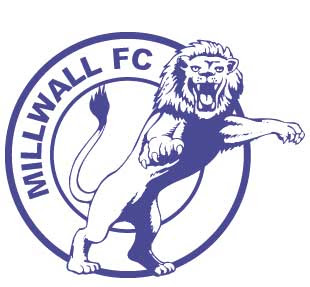 Lucky Ending! Millwall 0 United 1 leedsunited.com A last minute shot from David Healy deflected in for the only goal of the game gave Leeds a crucial win at the New Den...the first time they have put three back to back wins together in almost three years. Pre-Match United boss Kevin Blackwell counted himself fortunate to only be forced into making the one change following the 2-0 win over Burnley in midweek. Rob Hulse, Shaun Derry and Liam Miller had all been doubts for the game, but had recovered sufficiently to keep their places, and in the case of Miller, special dispensation was granted by the referee for him to play with a cast on his fractured wrist. Skipper Paul Butler was absent though whilst he served a one match ban. His absence gave Sean Gregan the chance to come in and stake a claim for a more permanent recall to the starting XI. The Match David Healy wore an armband in respect of George Best, his fellow Ulsterman who the Leeds striker regarded as one of his big heroe
Read more
- November 23, 2005 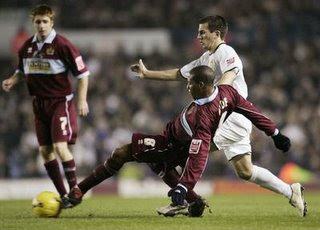 BLACKWELL EYES PROMOTION PUSH Sporting Life Leeds manager Kevin Blackwell has challenged his side to catch the Coca-Cola Championship's top two after a 2-0 home win over Burnley. Second-half goals from David Healy and Robbie Blake clinched victory in a game against a side that put up a determined effort at Elland Road and controlled proceedings for a large period. And on the back of their superb comeback victory against Southampton on Saturday, Blackwell has challenged his team to build a run that will haul them into one of the automatic promotion places. "That's what football's about," said Blackwell. "We're half-way through the season and there's no doubt them (Reading) and Sheffield United are flying. "But you've just got to keep playing every game and keep knocking points on the board. "It's like a bike race, people go way out in front but it's funny how they get caught. "The problem for both of those clubs is that th
Read more
- November 22, 2005 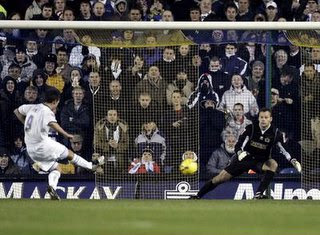 Blake Haunts Clarets: United 2 Burnley 0 leedsunited.com Leeds kept pace with the play-off contenders thanks to a David Healy penalty and a special free-kick from Robbie Blake to give them all three points against Burnley. Pre-Match United boss Kevin Blackwell made just the one change to the side that enjoyed a remarkable comeback against Southampton at the weekend. David Healy gets the chance to start the game at the expense of Frazer Richardson, but unlike Saturday when Leeds adopted a 4-3-3 formation, Healy would be operating as a winger in a more traditional 4-42. Liam Miller had been a doubt for the game with a thigh strain but he was passed fit before the game and kept his place. Burnley recalled goalkeeper Brian Jensen and Frank Sinclair after suspension. The Match With just four minutes on the clock Matthew Kilgallon was unlucky not to claim the third goal of his Leeds United career. Healy won and took a corner on the right and Kilgallon got a flick on but no-one was there
Read more
- November 22, 2005 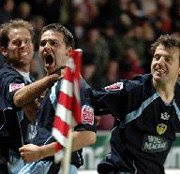 One Of Our Best leedsunited.com Leeds boss Kevin Blackwell hailed his side's remarkable comeback against Southampton as one of the best of all time - anywhere. The Whites were trailing 3-0 at half-time but inspired by 3,000 fans who kept backing them, and the introduction of David Healy in the second half, they produced a memorable fightback that culminated in Liam Miller scoring the fourth and winning goal. Not since United turned the tables on Derby County in November 1997 after finding themselves 3-0 at Elland Road have Leeds produced such a remarkable comeback, and Blackwell says it is the best game he's ever been involved in. "It's up there with the top victories because at 3-0 down nobody could see us winning that game," he said. "I remember a night with Sheffield United against Leeds United when we were 1-0 down with 2 minutes to go and we won 2-1, that was some night, but this was a lot more elongated because the comeback had to be a long longer an
Read more
- November 22, 2005

AMAZING! 4.31pm: Saints 3 United 04.46pm: Saints 3 United 4 Blackwell: It has to be the most dramatic game I've ever seen By PAUL DEWS Yorkshire Evening Post LEEDS UNITED boss Kevin Blackwell hailed his side's stunning 4-3 success at Southampton as the most dramatic game he has ever seen. Blackwell's side were dead and buried at 3-0 down with 20 minutes remaining, but they staged an amazing fightback to win 4-3 after scoring all four goals in the space of just 15 minutes. The recovery ranks as one of the greatest in United's history – loan man Liam Miller bagged the dramatic winner – and Blackwell was almost speechless. "It's up there with the top victories I've been involved in because at 3-0 down nobody could see us winning that game," said Blackwell. "I remember a night with Sheffield United against Leeds when we were 1-0 down with two minutes to go and we won 2-1. "That was some night, but Saturday was a lot more dramatic because the com
Read more
- November 20, 2005 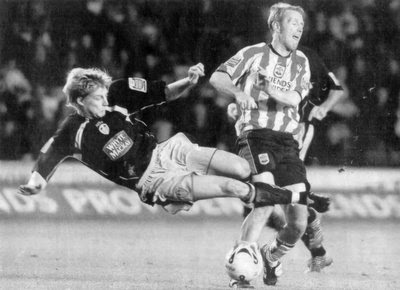 United's Miracle! Saints 3 - Leeds 4! leedsunited.com Three-nil down at half-time, Leeds were dead and buried - but never count United out as they produced the most remarkable of comebacks to take all three points in an action packed thriller at St Mary's. Pre-Match United boss Kevin Blackwell had endured some frustration over the international break after his plans to get all the strikers working together in training fell through, namely David Healy's ankle problems that kept the Northern Ireland international on the bench for this game. Healy was still not 100% fit and as such Blackwell made the decision to start with Rob Hulse and Robbie Blake together, the pair having prepared well in the build up to the game. Healy would feature on the bench and be used as an impact player. That was the only change from the side that drew with Preston at Elland Road in what had been a low key performance for the Whites. Results before the game had seen Leeds fall out of the top six
Read more
- November 15, 2005 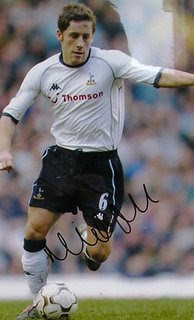 United fail in loan bid for Brown by Phil Hay Yorkshire Evening Post Kevin Blackwell today admitted the transfer market has become a closed shop after Leeds United missed out on the signature of Michael Brown. United attempted to strike a loan deal with the Tottenham midfielder after securing Liam Miller from Manchester United, but Brown has opted to remain in London and fight for his place at White Hart Lane. The 28-year-old, who worked with Blackwell at Sheffield United, has made just four appearances for Martin Jol's side this season after Spurs invested heavily in midfield talent during the summer. Blackwell had hoped to secure Brown in time for Saturday's Championship clash at Southampton, but his loan options are growing thin as the country's clubs close ranks ahead of the demanding Christmas schedule. Blackwell admitted: "We had a try for Michael but it didn't come off. We'll move on and explore other avenues. "It's very difficult at this momen
Read more
- November 08, 2005 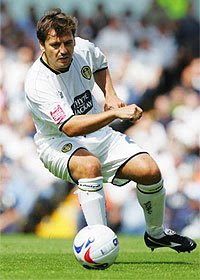 Blake: Give Us A Break BY PAUL DEWS In Rodez Yorkshire Evening Post LEEDS UNITED striker Robbie Blake today dismissed notions of a mini-crisis at Elland Road and insisted the international break couldn't have come at a better time. United's goalless draw against Preston on Saturday was enough to ensure that Kevin Blackwell's side will resume their Championship campaign at Southampton on Saturday week in fifth place in the division. But, after losing to Crewe and being held at home by Preston, Leeds have wavered in recent weeks and have missed repeated chances to cement themselves as Sheffield United and Reading's main promotion rivals. "Saturday was a pretty tough game and we have to be disappointed with the performance," conceded former Birmingham marksman Blake ahead of tonight's friendly clash against French side Rodez. "But we've only lost one in eight league games, so it's not that much of a crisis. "Hopefully the break will do us
Read more
- November 05, 2005 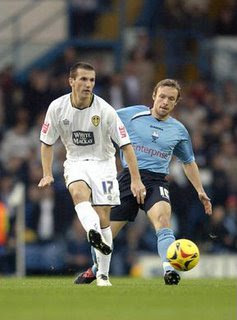 The Match: United 0 Preston 0 leedsunited.com An average game at Elland Road saw Leeds held to a 0-0 draw by Preston North End but it was an encouraging performance from new-boy Liam Miller. Pre-match United boss Kevin Blackwell gave Liam Miller his debut in midfield, just 24 hours after the Irish international arrived on loan from Manchester United. Miller's inclusion saw another loan signing, Jonathan Douglas, drop down to the bench. There was one further change with Ian Moore also dropping out of the starting XI and Frazer Richardson returning to the right wing. With David Healy and Eddie Lewis starting there were two former Preston players up against the former club, whilst Sean Gregan, who once captained the Lilywhites, was on the bench. The Match Kevin Blackwell's decision to throw Liam Miller straight into the thick of the action barely 24 hours after his arrival at Elland Road may on the face of it appeared bold (Remember Roque Junior!), but straight away the Iris
Read more
More posts