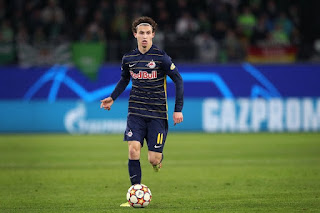 The Austrian Bundesliga leaders knocked back the Whites’ initial bid, believed to be in the region of £15m.

But Leeds have reportedly returned with a second, improved offer of £20m.

Whites head coach Marcelo Bielsa was asked about Aaronson at Thursday's pre-Newcastle United press conference - what he knew about the 21-year-old USA international and why he would be suitable for the way United play.

Bielsa said: "I prefer to speak about the player when it’s not a hypothetical possibility but when he’s actually our player."