Showing posts from May, 2007
Show All
- May 30, 2007
Guardian 30/5/07 Leeds leave creditors clinging to wreckage Ken Bates' dealings - including the non-payment of St John Ambulance, and a proposed penny to pound rescue plan - have angered creditors. Amid the wreckage of Leeds United, in the appalling, familiar list of those left unpaid by another bust football club, sits an organisation which does not even charge for its services, just asks clubs to contribute towards expenses. Nevertheless, there it is again, in the £35m mountain of debts which Ken Bates's Leeds is not paying: St John Ambulance, owed £165. At what is expected to be an angry creditors' meeting on Friday, the administrator, Richard Fleming of accountants KPMG, is proposing that Leeds be sold to a new company headed by Bates, in return for a payment of only 1p for every pound of debt. That proposal is backed by the three anonymously-owned, offshore companies who claim collectively to be owed £17.78m. If it is passed, St John Ambulance will be given £1.65 and
Read more
- May 29, 2007
BBC 29/5/07 Bates warning over Leeds future Leeds chairman Ken Bates believes the club will find it hard to survive if creditors vote against his bid to buy back the Yorkshire side on Friday. The former Chelsea chief took the debt-ridden club into administration ahead of the final weekend of season. "If they want a football club in Leeds they should make sure they vote the right way," he told Yorkshire Radio. Administrators KPMG agreed to sell the club back to Bates, but the deal has yet to be approved by creditors. The creditors, and the Football League, will consider a Company Voluntary Agreement under which they would forego some of Leeds' £35m debt. Bates added: "If the CVA fails, I can assure the fans it's unlikely there will be a Leeds United Football Club. Remember Accrington took 45 years to get back to league status from when they went out of the league. "Hopefully we can move forward and put the tribulations of the last five to six years behind us
Read more
- May 28, 2007 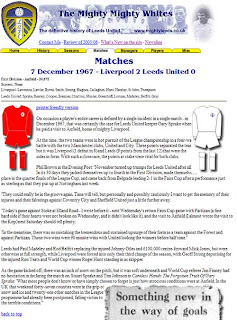 New pages uploaded at mightyleeds.co.uk Matches – 9 December 1967 – Liverpool 2 Leeds United 0 Careless Hands - one of the most immortal of all footballing gaffes - after a bad day at the office life would never again be the same for United keeper Gary Sprake Read the full story at http://www.mightyleeds.co.uk/matches/19671209.htm
Read more
- May 27, 2007 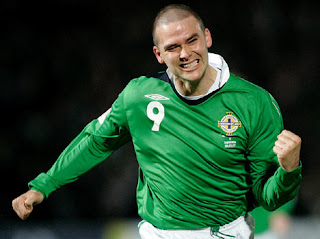 Daily Mail 26/5/07 Healy to leave Leeds and join up with Sanchez at Fulham Northern Ireland striker David Healy will sign for his former international manager Lawrie Sanchez at Fulham as soon as Leeds United are taken out of administration. Healy is keen to link up again with Sanchez despite interest from Middlesbrough and Sunderland but Fulham have to wait until Leeds’ financial situation is resolved before they can complete a £1 million deal. The 27-year-old is Northern Ireland’s record scorer and famously netted the winner in a World Cup qualifier against England in 2005.
Read more
- May 24, 2007
Daily mail 24/5/07 Revie rejoins takeover race for Leeds Duncan Revie has stepped up his interest in taking control of Leeds United by proving to the club's administrators he has the money in place to buy them. Revie, son of legendary former Leeds manager Don, has completed a dramatic U-turn by formally submitting proof of funds with administrators KPMG before a crucial creditors meeting on June 1. The 52-year-old, who heads the highly-successful football conventions and forums company Soccerex, had said he was not yet ready to join the takeover race. But he has now confirmed he will decide by the end of next week whether to make a formal bid for the club. Revie told PA Sport: "The creditors meeting has never been a deadline for me. "We have a much longer-term view of taking on the whole thing and will not be rushing into our judgment. "We have lodged proof of funds with the administrators. We have not lodged a bid. "We need to see the figures first and you don&
Read more
- May 23, 2007
United: Where the money is owed By Phil Hay Exclusive THE Company Voluntary Arrangement put forward to Leeds United's creditors by Ken Bates is a transparent depiction of the intricate business that professional football has become. From the debt of £12,839,309 owed to Astor Investment Holdings Limited to a three-pound payment due to a property firm in Ferrybridge who have entered into liquidation, the CVA document constructed by Bates explains every penny which forced United into the hands of administrators KPMG a fortnight ago. The list of creditors is long and varied, encompassing a wide spectrum of business and society. Alongside the names of solicitors, accountants and local authorities are those of delicatessens, locksmiths, travel agents. Even a mobile disco is listed. A total of around 1,350 creditors are involved. Most, if not all, have spent the latter half of this week contemplating the implications of a deal which offers them next to nothing.The terms of the CVA drawn u
Read more
- May 22, 2007 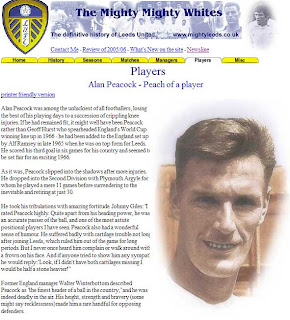 New pages uploaded at mightyleeds.co.uk Players – Alan Peacock (1964-67) Crippled by knee injuries, Alan ‘Peachy’ Peacock was among the unluckiest of all footballers, but he provided United’s cutting edge in the mid-60s Read the full story at http://www.mightyleeds.co.uk/matches/19671007.htm
Read more
- May 22, 2007
Yorkshire Post 22/5/07 Players' wage deferral helps keep United going By Richard Sutcliffe ALL but four of Leeds United's players have agreed to defer their wages until after next month's creditors meeting. The Elland Road outfit were placed in administration on May 4 amid debts of £35m and a balance sheet indicating that an injection of £10m was needed to keep the club going.KPMG were immediately appointed as the administrators and within minutes they agreed to sell the business and its assets to a company called Leeds United Football Club Limited.Chairman Ken Bates is listed as one of three directors in the new company and the sale is subject to approval at a meeting of creditors on June 1.Three members of staff based at the club's Thorp Arch training complex – physio Alan Sutton, kit manager Sean Hardy and Dennis Wise's secretary, Vicky Walsh – were made redundant last week as the administrator implemented a round of cost-cutting. KPMG then approached the Profess
Read more
- May 13, 2007 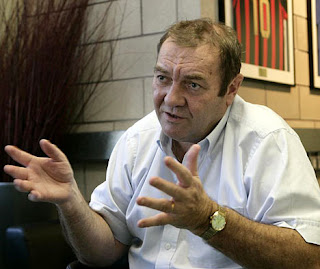 Daily Mail 12/5/07 Revie’s son will ask Bates to name his price as fans back his Leeds takeover By JOE BERNSTEIN Duncan Revie will this week ask Leeds chairman Ken Bates to name his price after being backed by supporters who want him to take over the club. The son of legendary Leeds manager Don Revie announced his interest last week in heading a consortium to take control at Elland Road and has been discussing finance with a number of backers, including the wealthy Maktoum family, who rule Dubai. Revie now plans to see the Leeds chairman to discuss the next step. He said: "It is time to sit down with Ken Bates, to push this thing further and see what he wants. I intend to ring him on Monday and arrange a meeting to find out what the story is. I know Ken and I quite like him. It’s always best to deal with him face to face and be up front about it. "I’ve been staggered by the reaction of Leeds fans to my interest in taking the club back where we belong. I’ve always said they ar
Read more
- May 10, 2007 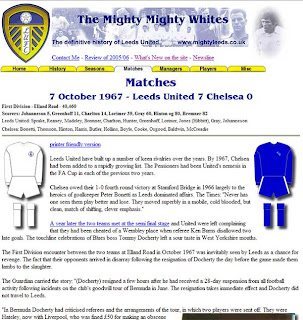