Showing posts from July, 2006
Show All
- July 31, 2006
BBC 31/7/06 Midfielder Griffiths leaves Leeds Midfielder Joel Griffiths has left Leeds United to return home to Australia after sealing a move to Newcastle United Jets. The 26-year-old joined the Elland Road outfit last season but failed to impress boss Kevin Blackwell. United had to appeal to Fifa to gain clearance for the player as he was at the centre of a wrangle with former Swiss club Xamax. But he only went on to make two appearances from the bench for Leeds. Yorkshire Evening Post 31/7/06 United woe as injury crisis deepens by Phil HayLeeds United's injury problems were reaching crisis point today as Kevin Blackwell prepared to discover the fate of new signing Kevin Nicholls. The 27-year-old midfielder, purchased for £700,000 from Luton last week, looks set for a lengthy spell on the sidelines after sustaining a knee injury during his first training session with United's squad. Nicholls was undergoing a scan today, and the injury, which will rule him out of this weeke
Read more
- July 30, 2006
Sunday Times Talk is cheap for under-pressure Blackwell RICHARD RAE The Leeds manager faces another year with little cash to spend, but he knows fans and the board demand success after last season’s near miss SOMEHOW it came as no surprise to Kevin Blackwell that a few days after seeing his Leeds team ignominiously beaten by Watford in the Championship playoff final last May, he should find himself in a courtroom. More than ready for a break, Blackwell was called up for jury service. He carried out his civic duty with characteristic application. “It did feel faintly surreal at first, especially when fellow jurors brought in United shirts for me to sign, but the bottom line is you’re taking a decision that changes lives,” he said. “It was a difficult case, a sexual assault. It put football into context, which is no bad thing” Context is a word Blackwell uses regularly in relation to United’s performance last season, usually in the same sentence as debt. To get within 90 minutes of pr
Read more
- July 30, 2006 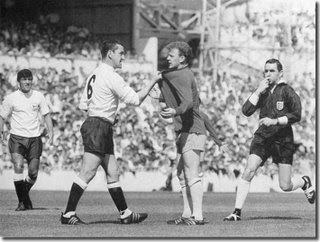 New pages uploaded at mightyleeds.co.uk Review of 1966/67 - Injury ravaged but out of debt Problems with the transfer market and injuries, a disastrous start and a big profit - A revival in form brings a late spurt for three trophies but inevitable disappointment again Read the full story at http://www.mightyleeds.co.uk/seasons/196667part1.htm
Read more
- July 26, 2006 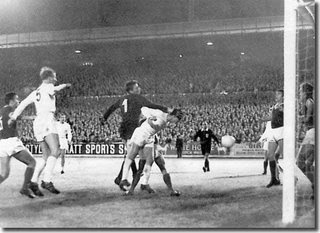 New pages uploaded at mightyleeds.co.uk 6 September 1967 - Leeds United 0 Dinamo Zagreb 0 Despite having most of the play, United are held to a goalless draw at Elland Road and end another season without any silverware in their trophy cabinet Read the full story at http://www.mightyleeds.co.uk/matches/19670906.htm 30 August 1967 - Dinamo Zagreb 2 Leeds United 0 United feature in their first European final but are found wanting when a talented Dinamo side snatch a goal either side of the break to leave them with a steep hill to climb Read the full story at http://www.mightyleeds.co.uk/matches/19670830.htm
Read more
- July 24, 2006
Blades agree deal to sign Hulse bbc.co.uk Sheffield United have clinched a deal to sign striker Rob Hulse from Leeds United for an initial fee of £2.2m that could rise to £3m with add-ons. The deal represents good business for Leeds, who signed the 26-year-old for £1.1m when he joined from West Brom last summer after a loan spell. Hulse scored 14 goals for Leeds last season and 20 goals in all in 51 games for the club. The striker began his career at Crewe before moving on to West Brom. The club announced that Hulse would soon sign a three-year contract. Manager Neil Warnock said: "It has been a lengthy chase and I am delighted that it has ultimately been successful. "I feel Rob still has a lot to prove but he has strengths which I am sure will compliment those of the strikers we already have."
Read more
- July 24, 2006 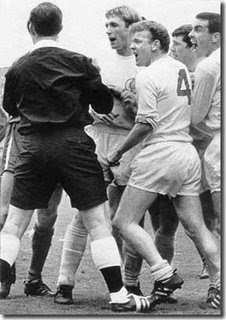 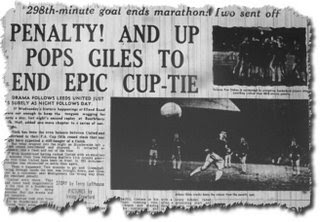 20 March 1967 - Leeds United 2 Sunderland 1 New pages uploaded at mightyleeds.co.uk It's another series of controversial clashes with old rivals Sunderland - a controversial penalty settles matters at the death with two opponents dismissed and the crowd invading the pitch Read all the rest at http://www.mightyleeds.co.uk/matches/19670320.htm
Read more
- July 24, 2006 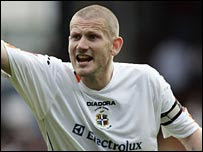 Luton accept Leeds' Nicholls bid bbc.co.uk Nicholls enjoyed two promotion campaigns with LutonLeeds have agreed a £700,000 fee for Luton captain Kevin Nicholls, who will now discuss personal terms at Elland Road and undergo a medical. The 27-year-old midfielder has also been linked with Championship rivals Stoke, Crystal Palace and Norwich. Leeds did have bids for Nicholls and Luton striker Steve Howard - who has since joined Derby - rejected by the Hatters earlier this month. However, Nicholls could now become the Yorkshire side's third summer signing. Boss Kevin Blackwell has also snapped up Millwall skipper David Livermore and Brighton winger Seb Carole. Nicholls helped Luton to two promotions in four seasons - as they were promoted from Division Three to Division Two (now League One) in 2002, and won the League One title in 2005.
Read more
- July 23, 2006 8 February 1967 - Valencia 0 Leeds United 2 new pages uploaded at mightyleeds.co.uk A year on from a near riot at Elland Road, Leeds were once again pitched against Valencia in the Inter Cities Fairs Cup and pulled off a memorable victory in Spain You can read the full details at http://www.mightyleeds.co.uk/matches/19670208.htm
Read more
- July 08, 2006 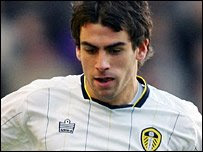 Leedsunited.com 7/7/06 SIMON SAYS...FAREWELL Youngster Simon Walton has completed the formalities of his switch to Charlton Athletic. The Leeds-born defender today agreed a -year deal with the Premiership club and has joined Charlton for an undisclosed fee. Simon, who was in the final year of his Elland Road contract, made a big impression during his first season as a professional at United, but made just three starts last term. "It is a blow, but we wish him all the best," said United manager Kevin Blackwell. "He did a great job at a crucial time and hopefully we will be up there with him in the future." The manager admits the decision to join Charlton was left to the 18-year-old after the Londoners expressed their interest. "We don't have to sell," said the boss. "I put it to Simon and he said he wanted to speak to them. Now they've reached an agreement and good luck to him. If opportunities are of a nature where a player feels he can bett
Read more
More posts