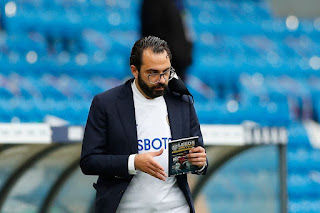 The price of Premier League safety cannot be underestimated.

It is essential for Leeds United, and the other sides around them in the table, that they are able to maintain their status as a top-flight club.

For supporters and players, avoiding relegation is massively important for footballing reasons while, for the club’s owners and shareholders, it is huge for financial purposes.

In terms of revenue share, the Premier League is the highest of any league in world football and the fourth highest in the whole of sport.

It has always been a league that is extremely well funded and the increasingly lucrative television deals in recent years have led to a huge pot of prize money being offered.

The discrepancy between the top flight and the Championship makes the prospect of relegation more perilous than ever and can land clubs in all kinds of financial trouble in their expensive quests for promotion.

After the Premier League published its accounts for the year to July 31 2021, it was shown that Leeds were paid just over £132m for their ninth-place finish last season.

Football finance expert Kieran Maguire posted the breakdown of the prize money to Twitter and it highlighted the benefit of finishing higher up the table.

Premier League publishes its accounts for year to 31 July 2021. All revenue from broadcast deals and increased by £273 million in year. pic.twitter.com/glmTiFj49H

Premier League paid out just over £2.5 billion to clubs, based on combination on final league position and frequency of appearing as ‘first picks’ by broadcasters, despite all matches being shown live on TV due to COVID. pic.twitter.com/PtJPwYtspj

If the Whites were to finish in the position that they currently occupy, they would miss out on almost £23m, assuming the prize money will be divided equally at the end of this season.

That difference between Leeds and Brighton’s payments last term almost totally funded the signing of Dan James from Manchester United and that could be the risk if Marcelo Bielsa’s side are unable to move up the table.

As a club that already struggle to compete with the more wealthy sides in the transfer market, a further decrease in revenue could really affect Victor Orta’s business.

If the worst was to happen and they were relegated from the Premier League, there would still be a hefty payment in order, likely to be just over £100m. However, the issue would come the following year if Leeds were not able to achieve promotion.

The parachute payments in place do help the adaptation between the divisions though as relegated sides are given 55% of the equal share of broadcast revenue paid to top-flight clubs the year after being relegated.

This decreases to 45% the following year and then 20% the year after if they are still not promoted back to the Premier League.

With an eight-point gap to the relegation zone at the moment, a drop into the Championship certainly will not be in the thoughts of anyone at Elland Road.

Looking up the table instead of over their shoulders will be encouraged on the back of the 3-1 victory against Burnley.

Although, the lack of activity during the transfer window is allowing doubt to creep back into the fanbase amid the injury problems that continue to plague the first-team squad.