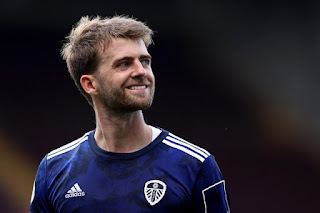 Patrick Bamford said that Marcelo Bielsa loves his players as though they were his sons as he sings the praises of his Leeds United boss.

Bamford has been a particular success story of Bielsa’s. The Argentine has transformed the 28-year-old from a player Sean Dyche rejected at Burnley for being work-shy into one of the most hardworking forwards in the Premier League, who was among the division’s top scorers after netting 17 goals last season.

Now Bamford has shared what he thinks of his boss, as JOE Media asked the striker to sum Bielsa up in three words.

“I say endearing because I feel like he’s not the kind of person that you’re going to go to looking for an arm round [the shoulder] or someone to kind of give you that boost.

“But in terms of the way he believes in us, and the amount of time he puts into each individual player… In order to do that you have to have a lot of - not just respect for someone - but you have to really kind of love them, almost like your son.

“I feel like there is that kind of relationship between him and all the players.”

While Bielsa has no reputation for affection, the Argentine is renowned for the level of preparation and research which feed his coaching decisions, and Bamford has identified which key ingredient accounts for his manager’s obsessive attention to detail.

“So passion, that’s summed up by the amount of detail he goes into with football," Bamford said.

“He’s so passionate about the game that it’s rubbed off on all of us.”