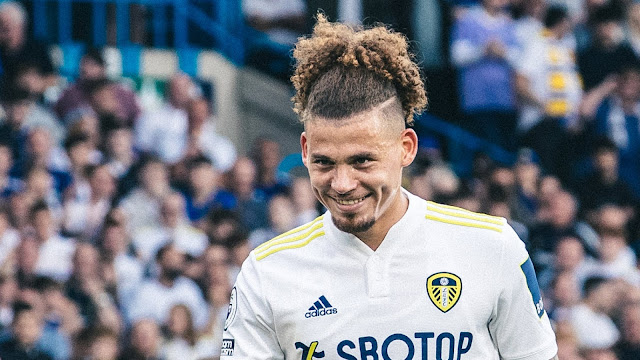 Some top level players are being paid so much their wealth could eventually outstrip their employers, but they can’t fritter their money like earlier waves of nouveau riche in the Premier League. To compete you’ve got to be booze-free, plant based, monitoring your sleep and taking care of your mind. It’s harder and harder to get away with a night on the town two nights before a game, and besides, Wayne Rooney is shambling around the Championship basement like one of Scrooge’s ghosts, and no modern player wants to take the route he’s taken when they could be James Milner, washing his Champions League medal in Ribena. The money won’t go away on its own, though, so inspired by their favourite US athletes, young players are turning to charities and activism to get rid of their cash. On £200,000 a week with a ten year playing career ahead of him, Marcus Rashford is one of the best resourced campaigners around. We’re beyond the days of Frank Lampard Junior boozing it up in an airport hotel.

The risk with all this clean living is that it turns the players into lightweights. Back in 1974 Jimmy Armfield had the hardest of the hard, Billy Bremner and Norman Hunter, dressed up doing a pantomime at City Varieties, but they were also sharing a bottle of whiskey at the side of the stage. That’s how you used to do wholesome. Who knows what went down during LUFC’s 2021 Christmas bash at London nightclub Cirque Le Soir after the Spurs game, but looking at photos of the venue I’m not seeing many low-level beams or head-height lamp fittings for Kalvin to bounce his bonce off. Then again, after combining two halves of lager with a Bielsist body mass, anything could have happened. His Instagram account also got hacked and started puking out crypto adverts, so with a hangover, a bleeding head, Marcelo Bielsa waiting for him at Thorp Arch and the newspapers sniffing round ready to bring an England player down, he didn’t have a good start to the week. He only wanted to party!

It could have been worse. Leeds United’s history with booze and blood is well known, although the Mill Hill assault that derailed everything, including an innocent lad’s life, wasn’t a Christmas party, it was Lee Bowyer’s birthday do. They weren’t dressed up, Bowyer wasn’t even wearing socks. The real festive fun started two years later, just as the Bowyer and Woodgate trial was coming to its end, when the players in their wisdom went out around York Place dressed as soldiers holding toy guns, and Robbie Fowler was arrested at a service station in Rothwell after fighting with paparazzi trying to snap him sleeping in a passenger seat. Manager David O’Leary had held a pre-drinks meeting with all the players to stress good behaviour and wasn’t impressed, maybe because it happened too late to go in his book. Chairman Peter Ridsdale reckoned Robbie hadn’t done anything wrong and took no action. No such leeway from taskmaster Kevin Blackwell in 2004, when John Oster’s one month loan from Sunderland was cancelled for ‘misbehaviour’ at a Christmas party (online whispers have this down as anything from punching barstaff to running Jamie McMaster over on a quad bike in a karaoke argument), a week after he’d been arrested on suspicion of assault outside a nightclub in Durham. “Enough is enough, whilst I am in charge I will not have players besmirching the club’s reputation,” said Blackwell. We were about to get Ken Bates for that! “When people write about my players on the back pages I want it to be for what they’re doing right on the pitch and not for anything else,” he added, and, eh, I’m not sure how likely that was. “Leeds United will not put up with shenanigans from any players.”

Mild as Kalvin’s shenanigans seem — unless he turns up to the Brighton game with his whole head bandaged, his eyes peeping out — it still needed some urgent media management from Leeds United, and rather than despair at his antics we can be grateful it got us some good news. Not only were the Telegraph dragging him at teatime, but Socios were doing their imbecilic thing, promoting a poll for their audience of quasi-crypto marks to pick music to replace Marching on Together before a game, according to one tweet, or to be played during the warm-up, according to another tweet I think they sent after Leeds United Football Club politely inquired about what the actual fuck Socios thought they were doing. Anyway, Leeds Twitter needed some good news, and it just so happened the club socials had a video of Robin Koch doing some ball exercises at Thorp Arch ready to drop. Not only that, but he was doing them with Pat Bamford! A two-for-one, and a bit of urgent online message massaging I absolutely endorse.

Things got even better on LUTV, an Inside Training video showing Rodrigo and Raphinha alive, well and running about, and Firpo and Shackleton too.