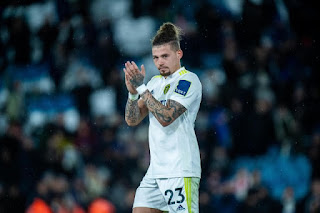 Marcelo Bielsa has regularly stated that any new Leeds United additions must be better than the players they already have.

Sounds straightforward, yet in reality it is anything but. Bielsa highlighted earlier this month that three criteria needed to be met in order to complete a signing.

The player needed to be better than what Leeds had, competitive at their clubs but attainable and also an economically viable option.

“For those three conditions to be met, it is not simple,” said United’s head coach.

Yet there is now a fourth factor to be considered in the shape of United’s injury problems which further complicate the Whites picture when it comes to the January transfer window.

United will be able to sign players again from this Saturday as the winter window opens on New Year’s Day.

The window is not one in which Leeds have been particularly busy in over recent years – as is the case for many clubs – although Newcastle United are likely to be a huge exception this time around backed by the riches of their Saudi consortium takeover.

The Magpies will be trying everything within their power to climb out of the bottom three.

Leeds will need to make sure they do everything to ensure they don’t slip into it, approaching the new year fifth bottom and five points clear of third-bottom Burnley but with the Clarets having three games in hand.

This time last year, United sat 11th and 12 points clear of the drop zone following a 5-0 romp at West Brom.

Leeds were on their way to a ninth-placed finish as a newly-promoted side but the club were fully aware that their second season back would be an altogether different challenge.

And the January window now presents a very complicated puzzle in itself with the extremity of the injuries to Patrick Bamford, Kalvin Phillips, Liam Cooper and Rodrigo particularly key in assessing what United need to do.

The Premier League looks even stronger than last year but there appears little doubt that a fully fit Leeds United squad would be higher up the table than 16th.

Yet there were just as many first-team players injured as fit for United’s most recent assignment against Arsenal, the picture then temporarily complicated further by a small outbreak of coronavirus within United’s squad which led to the fixtures against Liverpool and Aston Villa being postponed.

Optimism is high that Leeds will finally return to action on Sunday for the visit of third-bottom Burnley but the picture remains unclear as to how long particularly Phillips, Cooper and also record signing Rodrigo will be out for, Bamford revealing on Wednesday that he had a chance of even making Sunday's clash against the Clarets.

Without Bamford and Rodrigo, Leeds have been searching for answers up front, Bielsa trying various other options of late in Tyler Roberts, wingers Dan James and Jack Harrison and exciting teenage talent Joe Gelhardt.

The Whites are not short on wingers, albeit more of an end product is needed aside from Raphinha's magic but nevertheless United look like they would benefit from another attacking option, and particularly one who was able to offer an extra spark from the no 10 role.

Slightly further back, there has long been a clamour for Leeds to sign another centre midfield option as competition and back up to Phillips although chairman Andrea Radrizzani likened Adam Forshaw to a new signing from within upon his recent return from a two year injury nightmare.

Radrizzani was right, Forshaw has been impressive since returning and a new contract looks a must for the 30-year-old whose deal is up next summer although Leeds have naturally once again looked light in the middle of the park since losing England international star Phillips to a hamstring injury in the draw with Brentford at the beginning of the month.

Even when Phillips is back, United look as though they would benefit from further strength in the middle but every criteria would need to be met and there would be no point signing players not to feature, a point also worth remembering when looking at the goalkeeping situation and at centre-back in the absence of captain Cooper.

At the back, the continued development of youngster Charlie Cresswell and return to fitness of Robin Koch somewhat alleviates the concern although Leeds are not exactly stacked out with natural options at left back.

As for the first line of defence, Leeds have had torrid luck with injuries but thankfully Illan Meslier has remained ever-present between the sticks, the goalkeeper who signed a new five-year-deal in August clearly one of United’s prized assets.

Fresh from Bamford also signing a new five-year deal back in the summer, the Whites now hope to tie down class acts Phillips and Raphinha to new contracts and securing the long-term future of the club’s stars is clearly key.

As too, in the shorter term, is getting United’s players out of the treatment room, Leeds in big need of some more signings from within.