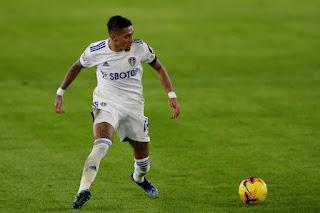 The Bundesliga giants are said to be ready to drop over £40m on the winger in January.

It's reported in Brazil that Bayern Munich are set to make a huge offer for Leeds United star Raphinha in January.

The winger has eight goals and an assist in the English Premier League so far this season, a rare bright spark for Marcelo Bielsa's men.

According to TnT Sports in his homeland though the Brazilian could well be on the move this month, with Bayern ready to offer €50million (£42m) to sign him.