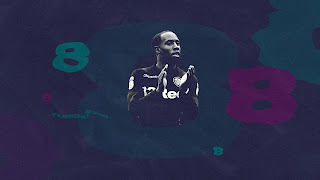 Leeds United’s transfer policy fundamentally makes sense. There is logic behind each step of identification, valuation and acquisition, with Marcelo Bielsa’s unique demands and desire for a small squad to give opportunities to young players, many of whom have been bought using the same process, factored in along the way.

The problem is Leeds is a place where logic and rationale share centre stage with curses and the cosmos conspiring against us. While Saturday’s Premier League fixture list was wiped out by the occasional red line on lateral flow tests at unvaccinated clubs — not the health risk posed to the thousands of supporters travelling around the country — Leeds were made to play the only game of the day with a list of absentees longer than anyone else. Most of the attention is on the sheer number of players missing, but the specifics have reached peak Leeds United parody. Pascal Struijk and Rodrigo are unavailable due to injuries Bielsa has rarely seen in almost fifty years of working in professional football. Missing our no.9 and needing to score more goals, Patrick Bamford returned, scored, then got injured again, celebrating. Diego Llorente, who Bielsa says tries to protect himself from illness more than any other member of the squad, is ill. Fine, that’s what we have our Under-23s for. Oh wait, here’s Charlie Cresswell, looking forward to a big opportunity in place of Llorente, dislocating his shoulder in the final training session before the match. It was all kind of funny in a, ‘If I don’t laugh, I’ll cry,’ way. At least until Jack Harrison and Stuart Dallas, two players who never, ever get injured, picked up knocks at the weekend. Now it’s gone too far and I’m fed up.

Whenever asked about transfers, Bielsa likes repeating the logic behind the club’s process, but is getting tired by the perception that he is opposed to bringing new players in. “I never said I don’t want players to come in January,” he said in his press conference before the Arsenal game, later adding, “What I don’t have any doubts about is that the club always does the maximum it can to resolve the needs that present themselves.” That coincides with Phil Hay’s reports that Kalvin Phillips’ injury has convinced the club that January signings are necessary. Since Phillips left the pitch against Brentford, Bamford, Jamie Shackleton, Dan James and Cresswell have also suffered injuries. Harrison couldn’t make it to half-time against Arsenal. Junior Firpo has had to serve a suspension. Llorente might have Covid. No wonder Victor Orta is looking stressed.

Perhaps the most convincing argument Leeds need for bringing someone in is that the last player to wear the no.8 shirt is Vurnon Anita. He never even played in central midfield for Leeds, splitting his 22 appearances between left-back, right-back, and on the mic.

Adam Forshaw is the last senior central midfielder Leeds signed, in January 2018. Despite Bielsa’s more specific requirements, that transfer window showed Orta was already applying his methods in an aligned manner after first simply boosting numbers in the senior and academy squads in his first window as director of football. Positions where Leeds could improve their starting eleven were identified, a shortlist of targets in each role was drawn up, and Orta was ready and waiting in case any of those players became available at a fair valuation. Finding players to improve Leeds was a much easier task when we were mid-table in the Championship — Vurnon Anita was our no.8! — but a reported £8.5m outlay on Forshaw, Tyler Roberts and Laurens De Bock was relatively ambitious back then. That window also emphasised how precarious transfers can be, how they can never be considered a fix-all approach. In theory, all three players should have improved the team. In reality, only Forshaw did. Roberts was immediately injured and didn’t play for the rest of the season. De Bock played and we wished he was immediately injured.

Mateusz Klich is the main reason Leeds have been able to do without a no.8 for so long. The remarkable thing about Klich should never be his struggles for form over the past year, but rather that it took him over 100 league games (with only a brief break to nurse a post-promotion hangover at Derby) before he started showing signs of slowing down. It’s tempting to reach for those celebrations at Derby for an explanation of why Klich deserves our affection as opposed to being hounded off Twitter, but too often people overlook what a bloody brilliant midfielder he can be. He’s a strange player in many ways. At times he’s difficult to spot on the pitch, but he’s always keeping the ball inevitably in his vicinity, either taken from one teammate and given to another, or pickpocketed from an opponent to start another Leeds attack. It’s something Leeds have dearly missed this season. Even before injuries started reaching double figures, United have been failing to move the ball through midfield from defence to attack anywhere near as dangerously, effectively, or god damn prettily as in previous seasons under Bielsa.

“There are players who have to accelerate their adaptation to the competition on one side and to adversity on the other,” Bielsa said after losing to Arsenal. He was referring to players like Robin Koch, returning earlier than ideal after four months out, and Joffy Gelhardt, a young player being asked to make efforts “above his ability at the moment” while he is still learning how to play in the Premier League. Bielsa’s quote could easily be applied to Klich and his more senior teammates trying to rediscover something resembling their best form. They are having to do so surrounded by children playing above a level they are ready for and senior players low on confidence or fitness, against teams with bigger budgets, bigger squads, and the biggest decisions going in their favour.

If Klich is to ever get back to playing like the Klich that stole our hearts, he needs help. If Lewis Bate isn’t ready to help him now, is he going to be ready to help next season, when Klich, Dallas and Forshaw are all a further year into their thirties? Maybe there’s someone out there who can help both Klich and Bate in the interim. Maybe they don’t even have to be any good. The version of Dan James wanted by Bielsa in the Championship was hardly a refined superstar ready to fire Leeds to promotion, but the excitement his arrival was generating gave us all optimism it could happen. I still don’t really know whether Jean-Kevin Augustin exists (neither do the club, in case RB Leipzig’s lawyers are reading), but even he helped alleviate some of the tension, as evidence the club were acknowledging the issues we could all see.

Who our mystery no.8 should be remains anyone’s guess. I’m happy to trust Bielsa and Orta to get that one right. But if they want a tip, Vurnon Anita is still going strong at RKC Waalwijk.