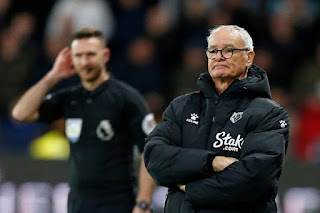 Leeds United were handed a festive boost without even playing as part of Tuesday afternoon's Premier League action.

United's scheduled Elland Road fixture against Aston Villa was postponed due to a recent small outbreak of Covid-19 within the Whites camp.

The coronavirus cases together with injuries meant that Leeds did not have enough recognised first-team players to meet the Premier League requirements for the fixture.

Arsenal's Tuesday hosting of Wolves was also postponed due to Covid cases in the Molineux camp but three fixtures went ahead on Tuesday afternoon and both Watford and Norwich City blew the chance to close in on the Whites.

Bottom of the table Norwich were brushed aside 3-0 at Crystal Palace and remain six points behind Leeds but having played a game more, and with a minus 16 worse goal difference.

Fourth-bottom Watford were also blitzed 4-1 by visiting West Ham United and the Hornets stay three points behind fifth-bottom United but having now played just one game less than the Whites.

Leeds stay five points clear of the drop zone which is headed by Burnley who are scheduled to take on Marcelo Bielsa's side at Elland Road on Sunday afternoon.

Leeds are five points ahead of second-bottom Newcastle United who have also played a game more.