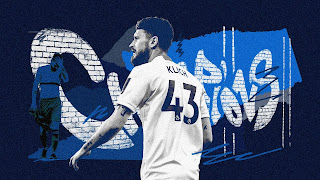 The first thing to say about this article is I almost didn’t finish it. I started in the immediate aftermath of the Chelsea game, when I was still angry. I actually did some research for once, digging out some really good quotes about Gustave Le Bon and the theory of deindividuation. Then Phil Hay wrote a customarily brilliant piece of his own, introducing it as ‘an article about how much of an arsehole you’d need to be to chase Mateusz Klich off Twitter’. That pretty much summed up what I was trying to say, minus the froth and the pseudoscience, and it made my own article feel rather redundant. Cheers, Phil!

After that, with indecent haste, Manchester City happened. It left us with other things to talk about. The best thing you can say about that kind of performance is collective failure sometimes takes the heat off struggling individuals. Maybe that’s why Twitter didn’t seem quite as toxic as it did in the wake of the Chelsea defeat.

Or maybe it’s because two of the most maligned individuals, Klich and Tyler Roberts, have now closed their Twitter accounts and therefore aren’t available to receive any more direct abuse. That’s not a satisfactory resolution, which is why I decided to come back to this article. The sheer awfulness of the Manchester City and Arsenal defeats have, understandably, shifted our focus, but the issue of fans tweeting abuse directly to our own players isn’t going away, and we’ll still be having these conversations long after the echoes from these two hidings have died out.

There are three principal ways for you to abuse a footballer, and each has its pros and cons. The first is to attend the match and shout directly at the player. The big pro for this is that it’s quick and easy, assuming you’re happy to buy a match ticket for the privilege. The cons are, a) the player almost certainly won’t hear you, and b) the supporters around you certainly will, as one halfwit discovered while being ejected from the Arsenal game for racially abusing their players. This method comes with a degree of accountability, so it might not be for everyone.

The second and least popular method is through the medium of writing. You simply scrawl your grievances onto a sheet of paper, with or without spell checking them, then dig through your drawers to find where you put those envelopes for last year’s Christmas cards, then remember you don’t have any stamps and make a quick detour to the shops, then search the net for the club’s postal address, then find a postbox and put your creation in. The obvious con is that by the time you’ve done all of these things you’ll have forgotten what you were angry about.

The third method is sending it through social media. This is ridiculously easy: a quick search to bring up their Twitter handle, type your message and hit send. Ping! You’re done, before those feelings of righteous anger have had a chance to drain away, leaving your brain to ponder whether what you just wrote was a rational adult reaction to a team losing a game of football. Now you can sit back and wait for the likes and retweets to assemble, like an army marching behind you, proclaiming and amplifying the bold, controversial opinion that you, and only you, had the guts to put out there. You rock!

Avatars play a part in the way we interact online. It’s easy to insult an avatar. You won’t see its face change as it reads your message. It won’t punch you in the nose if it doesn’t like what you say. And anyway, fundamentally, an avatar isn’t you. The Joanne Harris novel BlueEyedBoy puts it nicely when it compares avatars to ‘the shield designs of medieval times… they serve as both a defensive tool and the image of ourselves we show to the world’.

I’ve previously written about my apathy towards Kalvin Phillips’ Twitter account because it’s so starchy and regulated it no longer feels like there’s anything of Kalvin left in it. Likewise, my account isn’t really me — it’s a cartoon horse that talks a bit like me and gives a voice to the whimsical, daft, Leeds United obsessed side of my personality. Twitter is just a series of performative interactions between people playing fictionalised versions of themselves to gain validation from strangers. It’s frenziedly addictive, poorly regulated and full of public figures. How did we ever expect this to turn out well?

Mateusz Klich’s Twitter account was one of the better ones. I don’t know him personally, but it seemed authentic; you never got the sense, as you do with some footballers, that a PR firm was scrutinising every word of his tweets. The funniest part of promotion night was watching him upload celebratory pictures and videos while visibly descending into inebriation. His place in our history is secure; his goal against Stoke closed one era and opened a glorious new one.

He closed down his Twitter account on Saturday, 11th December after conceding a late penalty against Chelsea, then receiving a barrage of hostile tweets telling him to ‘go home’ and worse. I’m not sure whether the fans who tweeted him were ignorant of his place in the club’s history or simply believed it’s acceptable to treat a player like this the minute they begin to outlive their use. If I was a player in that Leeds United dressing room I’d be furious on Klich’s behalf, and worried about what could be in store for me, because if Mateusz Klich can get that kind of treatment after all he’s done for Leeds United, anyone can.

Whether Klich is capable of returning to his previous form is immaterial. He has far too much credit in the bank to be made to feel unwelcome here. We can debate for ages about the wisdom of professional athletes having a social media presence, or whether they should be ‘big enough to take it’, or where to draw the line between criticism and abuse. All of these are longer debates, but this incident has spotlighted a deeply unpleasant ‘what have you done for me lately?’ attitude pervading a small minority of our support. It was the same minority calling for us to cut Adam Forshaw loose as he struggled to recover from injury. It’s not sentimentality to feel that’s wrong, it’s basic decency.

Anyway, telling Klich to go home is ridiculous, because it ignores one vital fact. Look at the mural on the North East corner, painted with his own hands. He is home.

If there’s the tiniest glint of a good news story amid all this, it’s been the outpouring of support for Klich, both online and at matches. It’s frustrating that we’re no longer able to communicate this to him by Twitter, but I hope he knows he’s still valued. It takes no bravery at all to send an abusive message from behind an avatar. It takes all the courage in the world to step out in front of 40,000 supporters, own up to your mistake and attempt to repair it.

Lastly, and this is addressed to the tiny fragment of the fanbase who sent the abuse — do yourselves a favour and log yourself out for a bit. Switch to the pen and paper method. It’ll take longer, but you’ll at least give your brain a chance to kick in and assess whether you really, really want to go down this route. The internet’s for grown-ups.