- December 30, 2005
United boss Kevin Blackwell believes staying in business was the club's greatest achievement of 2005. The club was facing the imminent threat of being made insolvent when Chairman Ken Bates strode into Elland Road and completed his takeover with the minimum of fuss. 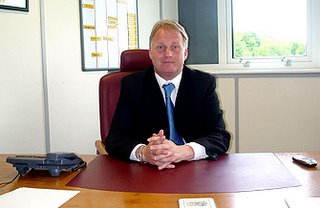 At the time Blackwell was battling to improve United's fortunes on the field and he admits he, like most people, had no idea just how grave the situation was at the time. "Being here right now is our greatest achievement of 2005," said Blackwell today in his office at Thorp Arch. "Beating the winding up order on the 24th of January must be it because if we had not beaten that we would not be here today. "I think will show how much of a D-Day that was for Leeds United because at the time even I wasn't aware of the gravity of the situation to the point where on the Monday we would not have been able to train at Thorp Arch because the doors would have been locked. "2005 has been a real watershed for this football club." Blackwell is happy to leave 2005 behind but he hopes 2006 gives Leeds United a chance to draw a line under the troubles of the previous four seasons when the club - players, staff and supporters - began to pay a heavy price for a dream that never materialised. "We have to keep making progress, we can't allow ourselves to stand still because people will start to go past us. "Clubs like Sheffield Wednesday, Derby and Bradford have never dealt with the debt and they've had to carry that debt on and it's killed them. So people have to give this club credit for grabbing the debt by the horns and dealing with it. It has meant major surgery and that sometimes takes longer to recover from. "But what we have done is a minor miracle because we were badly injured but we've come back a lot quicker than anyone expected us to. "What we have to do now is remain at the top end of the table to give us the best chance of getting back in the Premier League as quick as we can."
2005 ken bates Kevin Blackwell