Three-nil down at half-time, Leeds were dead and buried - but never count United out as they produced the most remarkable of comebacks to take all three points in an action packed thriller at St Mary's. 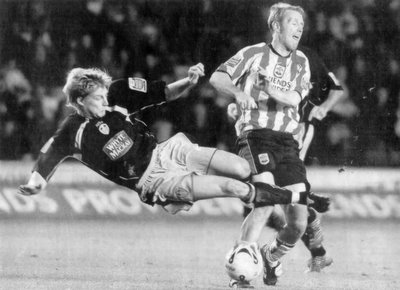 Pre-Match
United boss Kevin Blackwell had endured some frustration over the international break after his plans to get all the strikers working together in training fell through, namely David Healy's ankle problems that kept the Northern Ireland international on the bench for this game.
Healy was still not 100% fit and as such Blackwell made the decision to start with Rob Hulse and Robbie Blake together, the pair having prepared well in the build up to the game. Healy would feature on the bench and be used as an impact player.
That was the only change from the side that drew with Preston at Elland Road in what had been a low key performance for the Whites.
Results before the game had seen Leeds fall out of the top six and they went into the game knowing that if they didn't win and results elsewhere went against them, they could fall as low as 11th in the table. There was certainly plenty riding on this game.